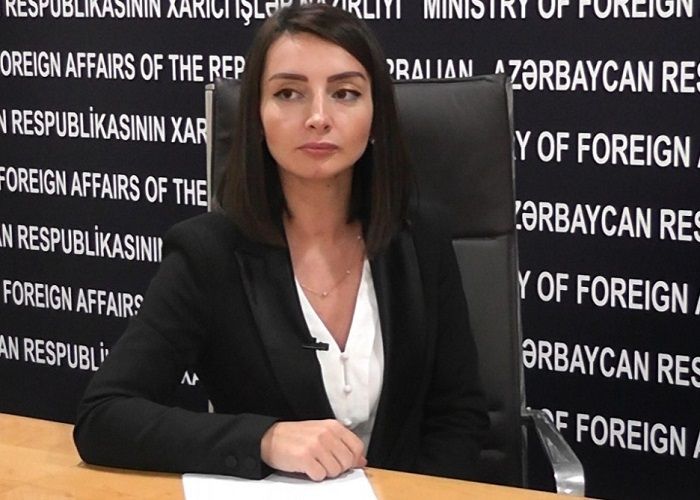 “The Armed Forces of Armenia violated ceasefire regime opening fire from the large-caliber weapons at the positions of the border combat point near Shikhly-2 village of Gazakh district, and the Azerbaijani State Border Service soldier Jeyhun Bayramov was wounded during the incident. It is especially important to emphasize that this incident happened at the Armenian-Azerbaijani border, not on the line of contact between the Armenian and Azerbaijani troops.

“In his recent interview, the Armenian Prime Minister spoke about the importance of the solution that would serve the interests of both Armenian and Azerbaijani people, leading to the concrete results of the negotiations on the settlement of the conflict. A few hours after his statement, the mentioned incident happened at the Armenia-Azerbaijan borderline. How can one believe the Armenian leader's statement on peace and conflict resolution after this? This incident is in full contravention of the OSCE Minsk Group co-chairs' call for preparing populations for peace,” Leyla Abdullayeva said.

“The Armenian government should finally understand that the main issue in the interest of both the Armenian and Azerbaijani people is to ensure continuous peace and prosperity in the region. The only way to achieve this is to eliminate the military occupation factor, to liberate the occupied territories of Azerbaijan, and to ensure that internally displaced people return to their homes. Only then sustainable peace, prosperity and progress will meet the interests of both peoples in the region,” she added.