Germany's defense minister plans to increase military spending to the NATO target of 2% of gross domestic product. The SPD, Merkel's coalition partners, said they would not allow Trump to dictate military spending. 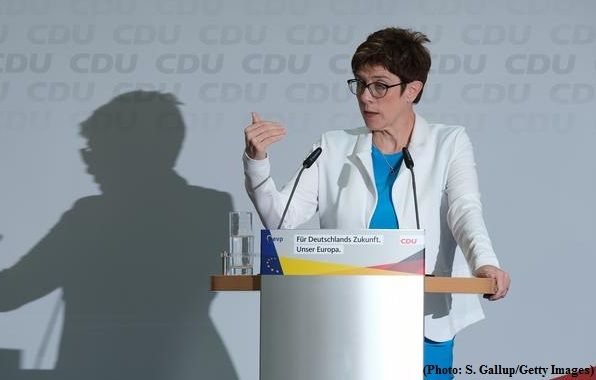 Defense Minister Annegret Kramp-Karrenbauer is calling for Berlin to take steps by 2024 to raise German military spending to 2% of gross domestic product. The number is NATO's stated target for domestic military budgets, and a frequent demand of US President Donald Trump. That would mean an increase in spending in the double-digit billions of euros, Deutsche Welle reports.

Kramp-Karrenbauer, who succeeded Chancellor Angela Merkel as leader of the Christian Democrats(CDU) late last year, made the statement in an interview published in the Sunday edition of the Frankfurter Allgemeine Zeitung. She said the government would attempt to meet NATO's target, but added it would "not be achieved overnight."

With an unpredictable economy and tax revenue down, the government has cut the 2020 budget — diminishing Germany's prospects of reaching 2%. NATO members had agreed to the figure back in 2014.

Kramp-Karrenbauer said Germany "really needs to move in this direction." She said she would put that position before the Cabinet and the coalition committee "as the minister and party leader."