Trump is eager to meet with Schumer on immigration | Eurasia Diary - ednews.net

'We have no secret' - Putin reveals he informed Medvedev about government resignation
Read: 362

Trump is eager to meet with Schumer on immigration 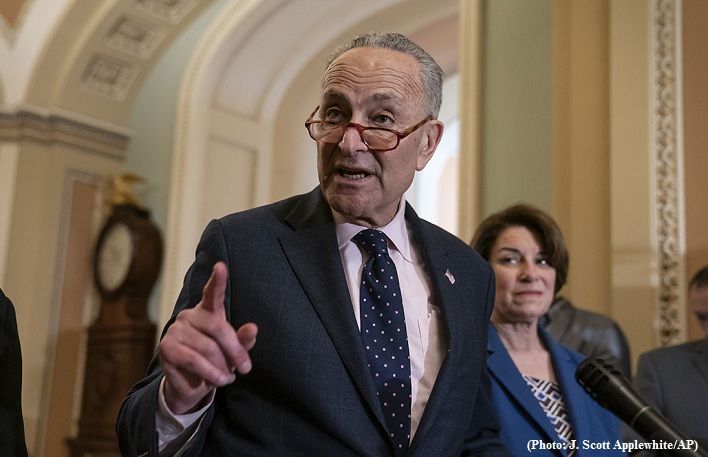 The president wrote in a two-part tweet that he was happy the New York Democrat had visited the border (“This is a GREAT thing!“) and said Schumer had come out of the visit with a new eagerness to resolve the nation’s immigration problems (“He said he wants to meet. I will set up a meeting ASAP!“).

“Based on the comments made by Senator Schumer, he must have seen how dangerous & bad for our Country the Border is. It is not a ‘manufactured crisis,‘ as the Fake News Media & their Democrat partners tried to portray,” Trump tweeted.

Schumer and other senators toured a detention facility in Texas on Friday and posted video of the visit. Schumer said he was appalled by the conditions.

“If you listened to the president you’d think they were all criminals,” Schumer said. “They’re not. They’re people simply seeking some … honor, decency for their children.”