Yukiya Amano had served as the head of the IAEA since 2009. His death comes as the 2015 Iran nuclear deal is on life support. 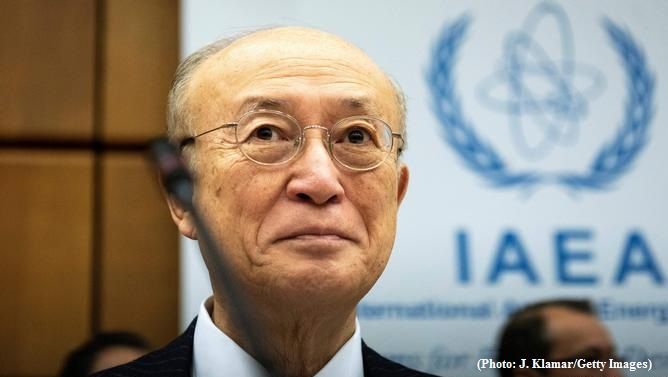 "The Secretariat of the International Atomic Energy Agency regrets to inform with deepest sadness of the passing away of Director General Yukiya Amano," the IAEA secretariat said in a statement.

The 77-year-old Japanese national had been suffering from unspecified health issues and shown signs of weakness over the past year.

Earlier this month, he missed a special meeting of the board after the IAEA confirmed Iran had exceeded two limits of the 2015 nuclear deal, known as the Joint Comprehensive Plan of Action (JCPOA).

Iran's breach was in response to the US pulling out of the landmark deal last year and the reimposition of a raft of sanctions, at a time when Iran was still complying with the terms of the JCPOA.

Last September, Amano missed a board of governors meeting and the agency's general conference due to a medical procedure outside of Austria, where the IAEA is based.

Diplomats said last week that Amano planned to step down in March due to health issues. His third four-year term in the role would have run until November 30, 2021.

The IAEA is a technical agency that promotes peaceful uses of atomic energy and inhibits nuclear weapons proliferation.

The agency has 171 member states, but the 35 members of its board of governors are responsible for nominating a new head.

Amano served as the chair of the agency's board of governors from 2005 to 2006 and was Japan's representative to the agency from 2005 until his election as head of the IAEA in 2009.

He joined the Japanese Foreign Ministry in 1972 and held multiple positions dealing with nuclear issues and non-proliferation.