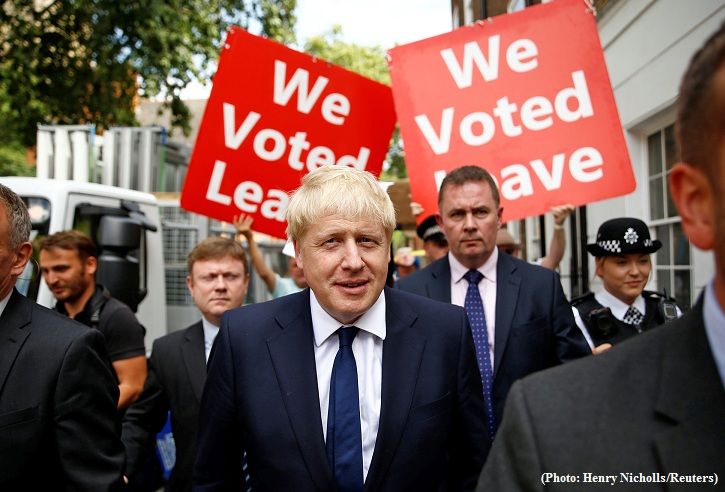 Boris Johnson, one of the biggest voices in the Brexit movement, won the Conservative Party leadership race on Tuesday and will become the U.K.’s next prime minister, CNBC reports.

Johnson, 55, was elected as his party leader, and consequently the U.K. leader, with 92,153 votes from members of the ruling Conservative Party. Foreign Minister Jeremy Hunt received 46,656 votes. Johnson will take up office on Wednesday.

Speaking in front of party members after the announcement on Tuesday, Johnson said he would unite Britain.

“Like some slumbering giant we are going to rise and ping off the guy-ropes of self-doubt and negativity with better education, better infrastructure, more police, fantastic full-fiber broadband sprouting in every household. We are going to unite this amazing country and we are going to take it forward,” he told the audience.

“I know that there will be people around the place who will question the wisdom of your decision and there may be some people here who still wonder what they have done, and I will just point out to you that no one party, no party has a monopoly of wisdom.”