Artist with autism writes book to help others 'get the help they need' | Eurasia Diary - ednews.net 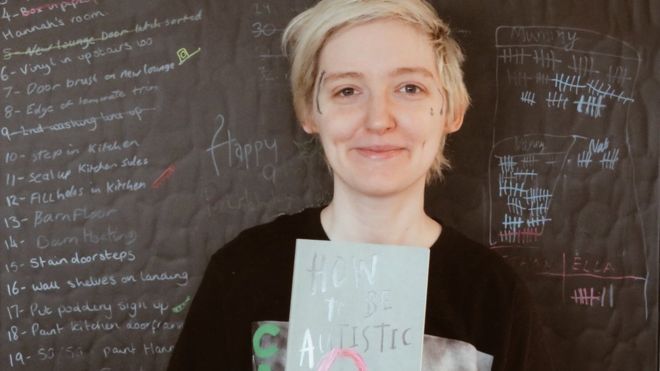 A woman has written a "brutally honest" account about being diagnosed with autism later in life in the hope others will "get the help they need", BBC reports.

Charlotte Amelia Poe, 30, discovered she had the condition when she was 21 as she said "no-one ever went back to basics".

She said her book, How to be Autistic, would have changed her life if she had read it as a child.

"If I can help one person, then it's all been worth it."

"I fear I have made myself incredibly vulnerable in writing it, but it felt necessary - important - to do so."

In 2018, Ms Poe won the inaugural Spectrum Art Prize for her short video about being autistic, filmed by herself in her bedroom.

In it, she sits on her bed hugging a pillow, and cries as she describes clinging to the edge of tables "as another wave of panic crashes over you".

She said she hoped her book would prevent others from missing out on opportunities she felt she had missed out on because of her later diagnosis, such as going to university.

"There's a whole generation, at least, of people who don't know they're autistic, and I feel this book could be the spark that leads to diagnosis."

Ms Poe said she still struggled with anxiety but that it was getting better. She said she wanted to inspire others to "make their voices heard".

"There is a huge gap in history where autistic people should be.

"Now we have an opportunity, a moment, to create an autistic revolution.

"I hope to ... create a discussion and a movement that allows for autistic people to be seen as equal and vital members of their communities, and as the unique and varied individuals they are."