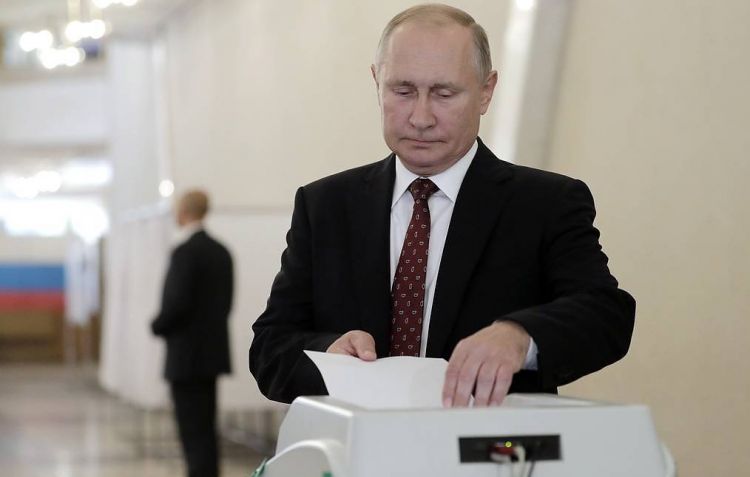 Russian President Vladimir Putin on Sunday morning came to a polling station in the Russian Academy of Sciences to cast his vote at the election to the Moscow City Duma, TASS reports.

On September 8 - a single voting day, Russian citizens elect heads of federal subjects and members of legislatures, city mayors and members of city councils, as well as representative bodies, municipalities. Besides, by-elections to the State Duma (lower house of parliament) are held.

Moscow citizens will cast their votes for members of the Moscow City Duma. The elections to the city parliament are held in 45 single-seat constituencies, and three of them will have online voting. Some 7.3 mln voters are eligible to vote in Moscow. The polling stations opened at 8 a.m. and will close at 8 p.m.