The lower house Chamber of Deputies must approve the cabinet, which has already been sworn in by President Mattarella. Prime Minister Conte promised a stronger pro-EU focus and less bickering. 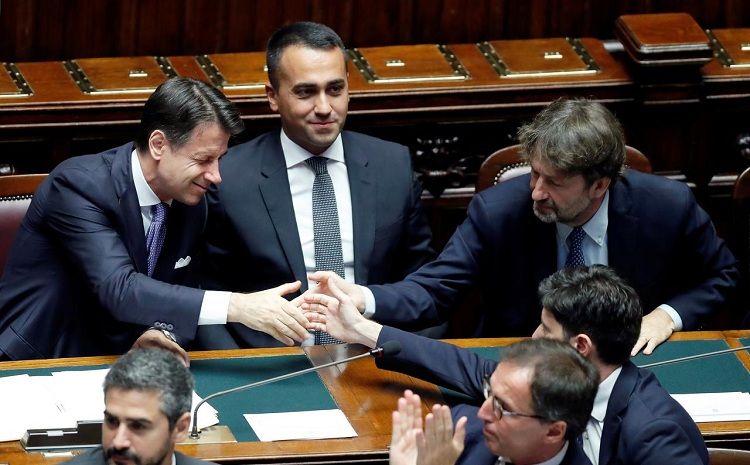 Italian Prime Minister Giuseppe Conte set out a more pro-EU agenda for his second cabinet on Monday, something that would not have been possible during its previous coalition with the far-right, Deutsche Welle reports.

Conte promised a "rigorous and responsible" approach to governing, hoping to assauge Italians used to years of political upheaval, one that would be "pursued within, and not outside the perimeter of the European Union."

"We cannot in the coming months waste our time with disputes and clashes," Conte told parliament. "We must be sober in our words and active in our deeds."

Italy's lower house of parliament, the Chamber of Deputies, was set to vote on approving Conte's new cabinet later on Monday. The new government represents a coalition between the populist Five Star Movement (M5S), its former foe the center-left Democratic Party(PD), and the smaller leftist Free and Equals (LeU) party.

If Conte's government loses the vote in the lower house, or one in the upper chamber Tuesday, it must resign.

Conte is technically partyless, but has ties to M5S.