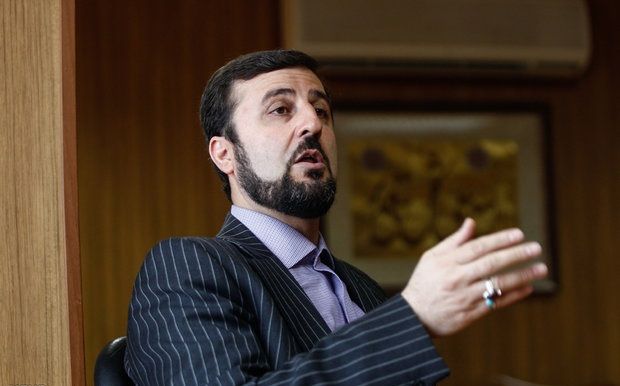 Iran's ambassador to the IAEA Kazem Gharib-Abadi has condemned the attempts by US National Security Advisor to set agenda for the IAEA inspectors, Mehr News reports.

In a series of tweets on his Twitter account, Kazem Gharib-Abadi reacted to John Bolton’s claims against Iran’s nuclear program, saying that the International Atomic Energy Agency was not such a dependent institution that the US could set an agenda for its officials.

The Iranian envoy added that the trip of Acting Director General of the International Atomic Energy Agency (IAEA) Cornel Feruta to Iran yesterday and his talks with Iranian officials took place within the framework of the usual interactions and ongoing cooperation between Iran and the international body.

He further rejected any claims on secret nuclear activities in Iran, adding that Feruta had nothing special on his agenda during the visit as Bolton wished for.

The Iranian diplomat also said that during the visit, cooperation between Iran and the IAEA in three fields of the implementation of the JCPOA safeguards, the Additional Protocol, and Safeguards Agreement were reviewed.

He, furthermore, underlined that any attempt to disrupt and dissuade Iran's constructive and active cooperation with the IAEA and to put inappropriate pressure on the international nuclear watchdog will be utterly counterproductive and will be met with Iran’s appropriate response.