'Iran will not tolerate hegemony and interventions of transregional powers' - Maj. Gen. Bagheri 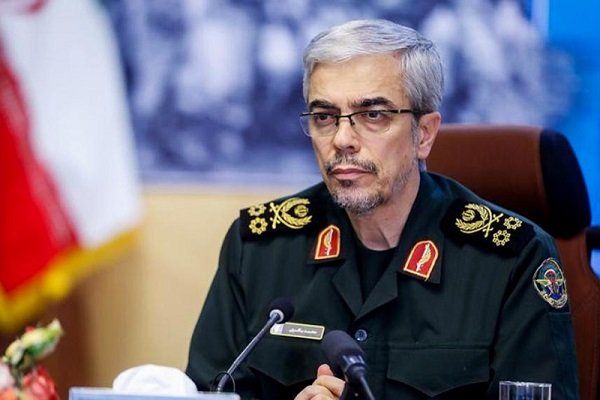 He made the remarks on Thursday in while addressing a host of professors and students of China’s National Defense University in Beijing.

He went on to say that the general policy of the Islamic Republic towards regional issues is “defending the approach which focuses on the active participation of all countries of the region to build a collective and regional security structure.”

“Iran will not tolerate hegemony and interventions of transregional powers in this policy,” stressed the commander.

“Iran has never accepted the presence of 70,000 foreign military forces and more than 40 military bases of US in the region,” said Bagheri, adding that if US finds a chance, it will also build more bases and dispatch more forces to East Asia in a bid to intervene in internal affairs of different countries.

The Strait of Hormuz and the Sea of Oman should be safe for energy exports, he said, noting, “Of course, this security should only be provided by the Persian Gulf States. The presence and deployment of US and Western military forces and projects such as the pre-failed US-led coalition to secure naval security in the Persian Gulf will not yield any result except for sowing more insecurity.”