Russian, Turkish and Iranian leaders will be gathered in Ankara for Idlib | Eurasia Diary - ednews.net

Information spread by Armenia about alleged firing and fighting in several directions has no basis - MoD
Read: 229

Russian, Turkish and Iranian leaders will be gathered in Ankara for Idlib 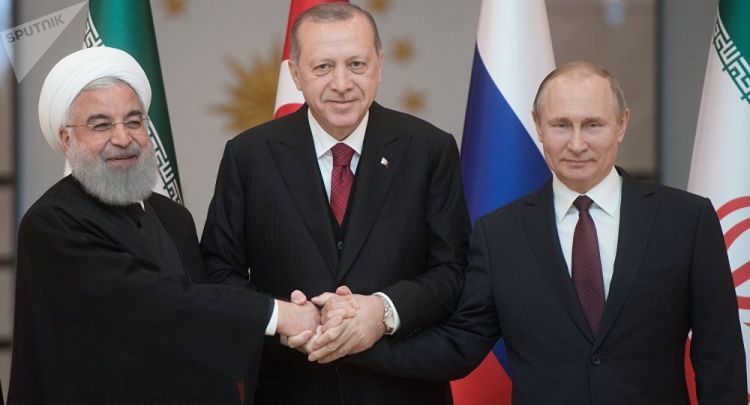 The Russian, Turkish, Iranian presidents Vladimir Putin, Recep Tayyip Erdogan, and Hassan Rouhani will discuss the situation in Idlib at the Syrian settlement summit in Ankara, said the Turkish leader.

According to him, the main attention at the trilateral meeting in Ankara will be paid to Idlib, TASS reported.

He also noted that an exchange of views will also take place regarding the Turkish observation posts and the fight against terrorist organizations.

The president also said that Ankara continues to work with the forces of the international coalition in Syria.

We also have contacts with them, he added.

The trilateral summit on Syria will be held in Ankara on September 16.