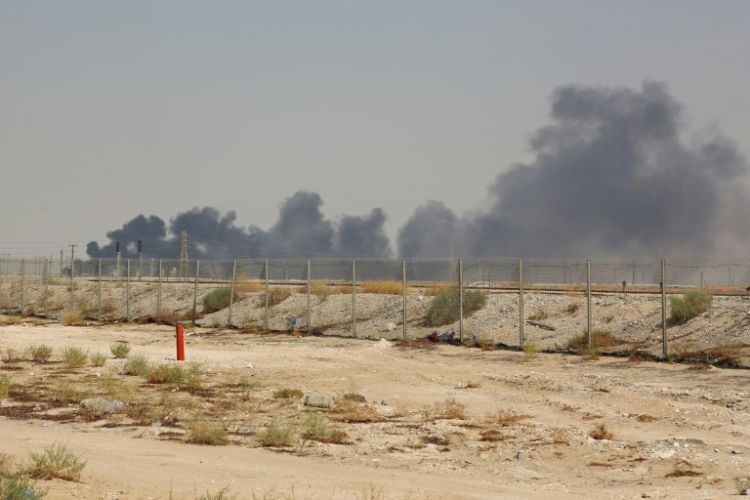 Saudi Arabia raced on Sunday to restart operations at oil plants hit by drone attacks which slashed its production by half, as Iran dismissed US claims it was behind the assault,

The Tehran-backed Huthi rebels in neighbouring Yemen, where a Saudi-led coalition is bogged down in a five-year war, have claimed Saturday's strikes on two plants owned by state giant Aramco.

But United States Secretary of State Mike Pompeo pointed the finger squarely at Tehran, saying there was no evidence the "unprecedented attack on the world's energy supply" was launched from Yemen.

"The United States will work with our partners and allies to ensure that energy markets remain well supplied and Iran is held accountable for its aggression," the top US diplomat added.

That drew an angry response from Tehran, where foreign ministry spokesman Abbas Mousavi said: "Such fruitless and blind accusations and remarks are incomprehensible and meaningless."

The remarks were designed to damage Iran's reputation and provide a pretext for "future actions" against the Islamic republic, he said.

Saudi de facto ruler Crown Prince Mohammed bin Salman, whose nation is pitted against Iran in a decades-old struggle for regional dominance, has said the kingdom is "willing and able" to respond to this "terrorist aggression".

"The Saudis do not want an open conflict with Iran. The Saudis would like others to fight that war, and the others are reluctant," said Dorsey, from the S. Rajaratnam School of International Studies in Singapore.