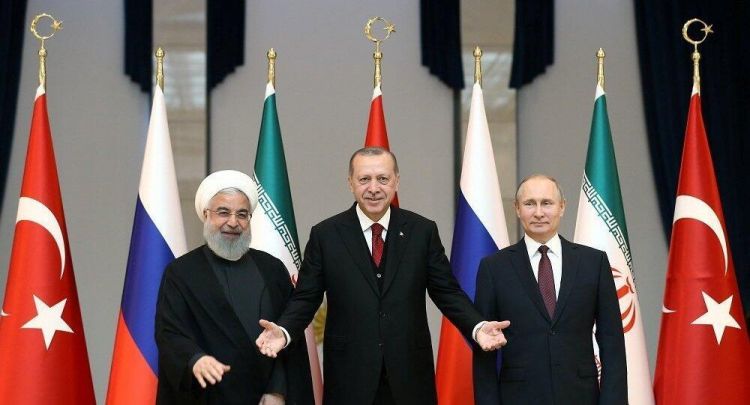 The presidents of Turkey, Russia and Iran will come together on Sept. 16 in Ankara for the fifth summit under the Astana Process where they will discuss the recently increased tension in the Idlib province of Syria as well as attempts to start a political solution to the nine-year turmoil in the war-torn country.

“The summit is aimed at assessing the developments in Syria, Idlib in particular, as well as ending the climate of conflict, ensuring the necessary conditions for the voluntary return of refugees and discussing the joint step to be taken in the period ahead with the aim of achieving a lasting political solution,” read a written statement issued by the Turkish Presidency on Sept. 15.

The summit will be hosted by Turkish President Recep Tayyip Erdoğan with the participation of President Hassan Rouhani of Iran and President Vladimir Putin of the Russian Federation. All three leaders will hold bilateral talks ahead of a trilateral summit.

The first summit by the three leaders was held in November 2017 under the Astana Process format, and the last took place in Moscow in February 2019. Erdoğan and Putin held a bilateral meeting in mid-August to discuss the military campaign by the Syrian regime forces in Idlib.

A statement by the Kremlin suggested that the summit will observe “further joint efforts on reaching a long-term settlement in the Syrian Arab Republic.”

“The participants plan to discuss, in part, measures on finally eliminating the terrorist threat in Idlib and the northwest of Syria, promoting the political process, primarily in the context of forming and launching the Constitutional Committee, and resolving humanitarian issues, including steps to facilitate the return of refugees and IDPs (internally displaced persons),” said the statement.