India is ready to abandon the Su-57 and focus on buying the American F-35s
Read: 663

Tural Ganjaliyev joined online conference on the theme of fight against terrorism and radical extremism during pandemic
Read: 392

Israelis head to poll station to determine future of their state 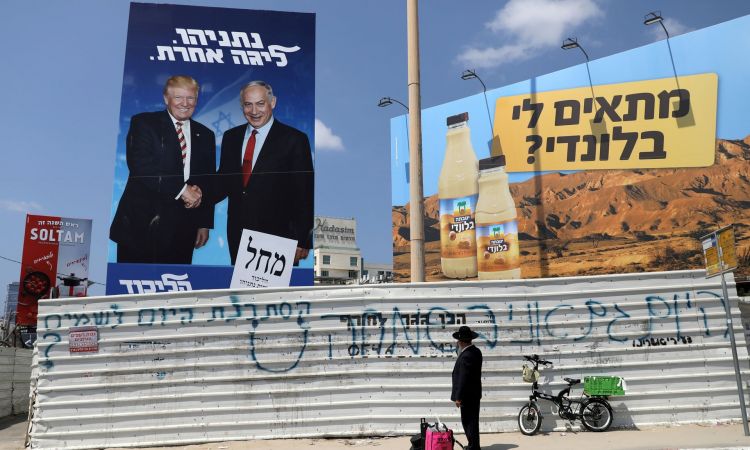 Israelis have begun voting in the country’s second election this year, following a campaign dominated by Benjamin Netanyahu and his vows to implement a far-right, ultranationalist agenda in exchange for a record fifth term as leader.

Facing the prospect of criminal corruption indictments and hoping to extend his unmatched stint in the prime minister’s office, Netanyahu has promised to declare up to a third of the occupied Palestinian territories as part of Israel if he is re-elected.

His campaign also demonised Israel’s large Arab minority as a fifth column that endangers the country, allied itself with the extremist Jewish Power faction, and warned that the election could be stolen by fraud in Arab areas. And Netanyahu last week reportedly considered a major military operation against Gaza.

“Citizens of Israel, we find ourselves at the high point of a historic change in the history of the Jewish people and the State of Israel,” the 69-year-old prime minister wrote in the Maariv newspaper on Monday.

He claimed he had spent the past three decades fighting to keep Israel’s military presence in the Palestinian territories despite “the pressures of the Clinton and Obama administration”.

“I am now asking for your confidence so as to complete this historic task and to fortify the State of Israel’s borders and security forever.”

More than 6.3 million people are eligible to vote at polling stations that will close at 10pm (8pm BST) on Tuesday, after which exit polls will be reported.