Russian T-14 Armata tank could be transformed into nuclear weapon - US
Read: 577 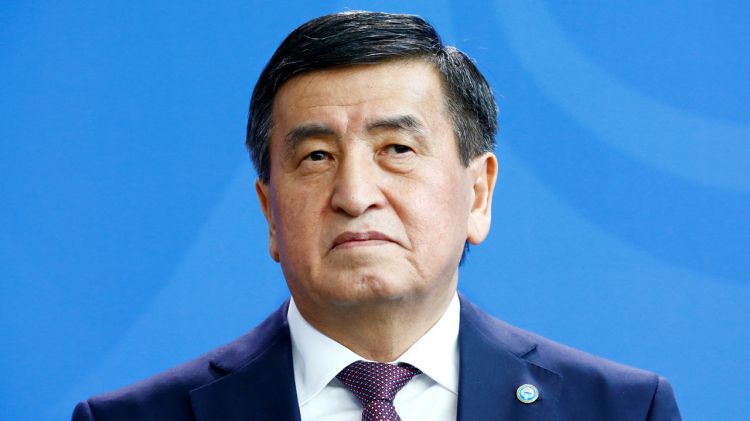 Kyrgyzstan summoned the ambassador of neighbouring Tajikistan Tuesday after a Kyrgyz border officer was killed and more than a dozen injured in a shootout at the Central Asian countries' contested frontier, Naharnet reports.

The disputed region sees regular clashes, which have intensified since the start of the year.

Kyrgyzstan's foreign ministry said it had called in Tajik ambassador Sukhrob Olimzoda and issued a note of protest over the "illegal actions" of Tajikistan's border service, which it accused of opening fire first.

Thirteen people, including one minor, were wounded in the violence, according to Kyrgyzstan's health ministry.

The country's foreign ministry said on Monday the Tajik side had attempted to build "a military observation point" at the border, without Kyrgyzstan's agreement.

Flare-ups are common at the border, where large areas are not demarcated and competition for scarce land and water pits ethnic groups against each other.

Kyrgyz leader Sooronbai Jeenbekov met with Tajik counterpart Emomali Rakhmon in July at talks hailed as historic, but no further progress has been made on demarcating the frontier.

Earlier that month, Tajikistan said one of its citizens had been killed in fighting between Kyrgyz and Tajik communities in the Tajik territory of Vorukh, which is completely surrounded by Kyrgyz territory.

In March, at least two people were killed in similar clashes in the same region.

Both Muslim-majority Tajikistan and Kyrgyzstan were part of the Soviet Union and border disputes worsened when the USSR fell apart in 1991.