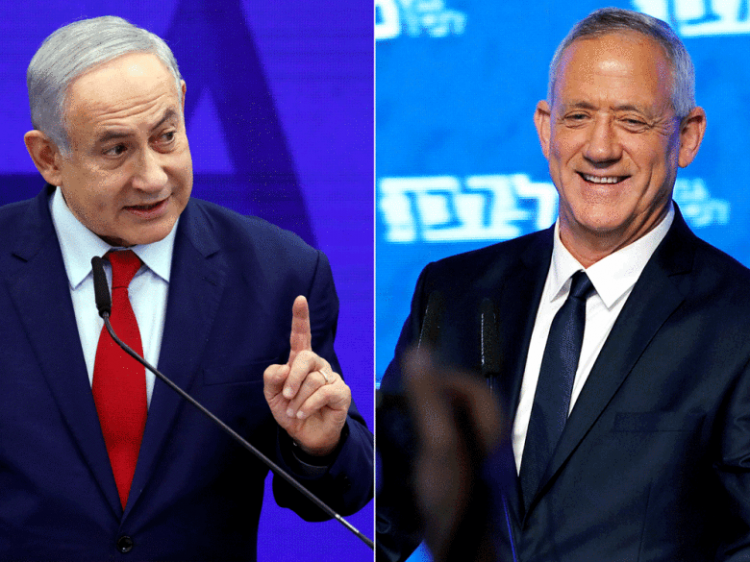 The centrist Blue and White alliance of former military chief Benny Gantz is projected to win between 32 and 34 seats, and PM Benjamin Netanyahu's right-wing Likud party 30 to 33 seats.

Mr Netanyahu called the snap vote after failing to form a governing coalition in the wake of an election in April.

Negotiations on the formation of a new coalition are expected to start as soon as the preliminary results come on Wednesday morning.

Speaking to supporters early on Wednesday, Mr Netanyahu said: "We've all been through a difficult election campaign.

"We are still waiting for the actual results but one thing is clear. The state of Israel is at a historical point, we faced great opportunities and great challenges."

Mr Gantz sounded more optimistic when he spoke to supporters a little earlier.

"Of course we'll wait for the real results, but it seems we have accomplished our mission," he said.

"The unity and reconciliation is ahead of us."