Azerbaijan Defense Minister has been reported on the progress of exercises - VIDEO | Eurasia Diary - ednews.net

Ex-PM Medvedev speaks about his relations with Putin
Read: 777 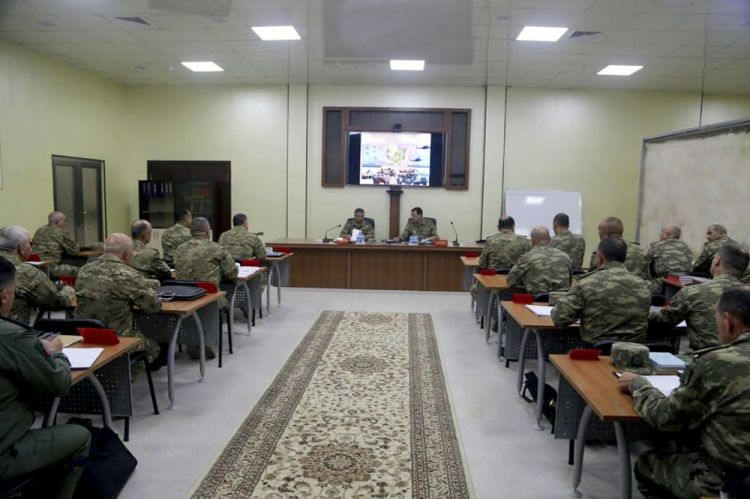 Commanders of types of troops, commanders of army corps and relevant officials have reported on the progress of the exercises to the Minister of Defense, Colonel General Zakir Hasanov, who leads the Large-Scale Operational-Tactical Exercises, Ministry Defence reports.

After hearing reports on decisions made in regard to the organization of activities during the conduct of combined-arms operations, relevant tasks on troops control were assigned.