"Contract of the Century" one of most ambitious projects of last decade of 20th century - Deputy PM | Eurasia Diary - ednews.net

Ex-PM Medvedev speaks about his relations with Putin
Read: 660

Russian T-14 Armata tank could be transformed into nuclear weapon - US
Read: 657 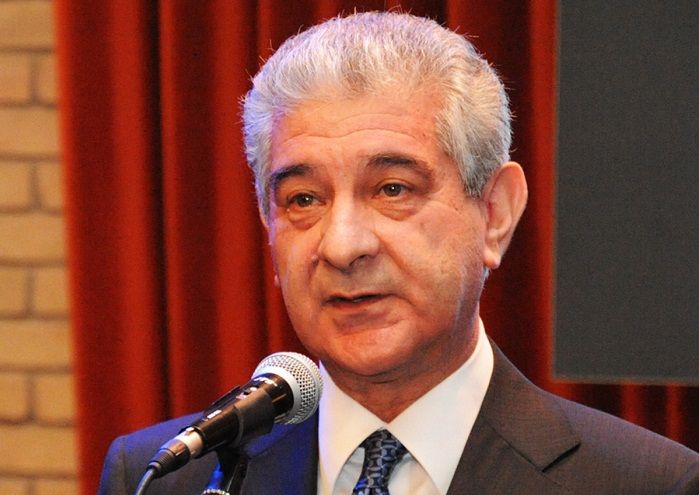 One of the most ambitious projects of the last decade of the 20th century was the "Contract of the Century", deputy prime minister, Deputy Chairman - Executive Secretary of the ruling New Azerbaijan Party (NAP) Ali Ahmadov stated at a round table meeting dedicated to the 25th anniversary of the Contract of the Century, Trend reports.

He reminded that September 20, 1994 was the date of the signing of the “Contract of the Century”, which is of great importance not only for the economy and the energy sector of Azerbaijan, but also in terms of the implementation of the global energy policies as a whole.

It must be recognized that, indeed, one of the most ambitious projects of the last decade of the 20th century was the "Contract of the Century", Ahmadov emphasized. "The signing of this contract was certainly made possible thanks to the great genius and will of Heydar Aliyev. Azerbaijan had just gained its state independence at the time, several years prior. The political processes taking place inside and outside the country were not completed for certain reasons,” the deputy prime minister said.

“The grandiose policy pursued by Heydar Aliyev also included the development and implementation of Azerbaijan’s oil strategy. Back then, the situation in Azerbaijan was not yet fully stabilized, the country was at war, and other risk factors were present. Despite all this, Heydar Aliyev was able to develop and implement this project, which is of importance for Azerbaijan and the global energy market," he added.

Ahmadov stressed that the "Contract of the Century" has been serving the Azerbaijani economy and the welfare of the country's people for 25 years.

"The greatest significance of this project is that large financial resources began to flow into the country, due to which the economy began to develop, people's welfare improved, and the country’s infrastructure has been renewed,” he said.

The deputy prime minister added that the "Contract of the Century" is also of great importance from a geopolitical point of view. "The successful implementation of this project is of great importance in terms of strengthening the political position and image of Azerbaijan both in the region and in the world," he said.