Russian fighter jet shot down two additional US drones near Khmeimim air base in Syria
Read: 677

Russia plans to expand its military bases in Syria
Read: 366 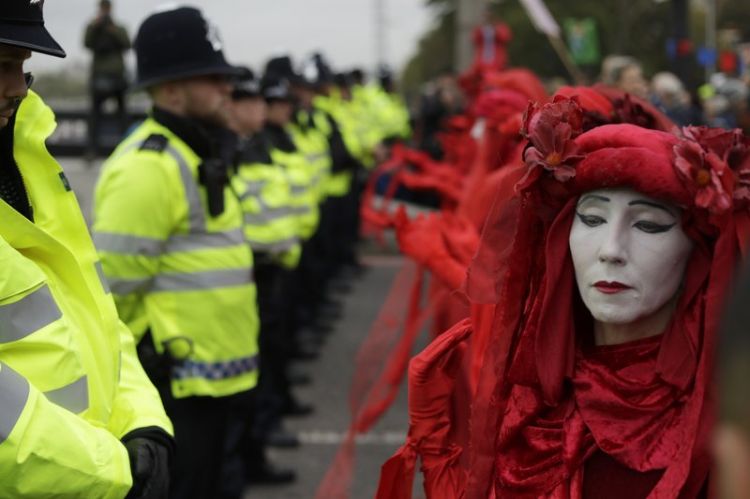 Demonstrators playing steel drums marched through central London on Monday as they kicked off two weeks of activities designed to disrupt the city.

The arrests come as protesters in cities across Europe blocked roads ahead of what is being described as widespread demonstrations.

Extinction Rebellion says protesters were arrested as they blocked Victoria Embankment outside the Ministry of Defense.

Among those arrested was 81-year-old Sarah Lasenby, a retired social worker from Oxford.

She says “it is imperative the government should take serious actions and put pressure on other states and global powers to radically reduce the use of fossil fuels.”