Russian fighter jet shot down two additional US drones near Khmeimim air base in Syria
Read: 677

Russia plans to expand its military bases in Syria
Read: 369 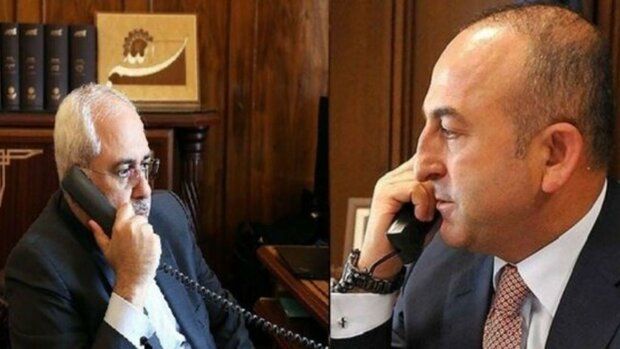 According to a statement by the Iranian Foreign Ministry, foreign ministers of Iran and Turkey have talked about the situation in Syria in a telephone conversation on Monday night.

He stressed the need for the fight against terrorism and for the establishment of stability and security in Syria and described the Adana agreement as the best approach for Syria and Turkey and for addressing their concerns.

For his part, Cavusoglu emphasized the need to respect Syria’s territorial integrity, saying Turkey’s operation in that region would be temporary.

Reports indicate that Turkey has just started shelling the positions of the People's Protection Units (YPG) in northern Syria. The Turkish operation started after the US in a major shift in its policy gave the green light to Turkey to launch a military operation against Washington's long-time Kurdish allies in northern Syria.