Relations between Baku and Moscow are on the rise - Ali Hasanov | Eurasia Diary - ednews.net

The loss of the four young men is extremely sad and we share grief of their families – British journalist
Read: 2010

Relations between Baku and Moscow are on the rise - Ali Hasanov 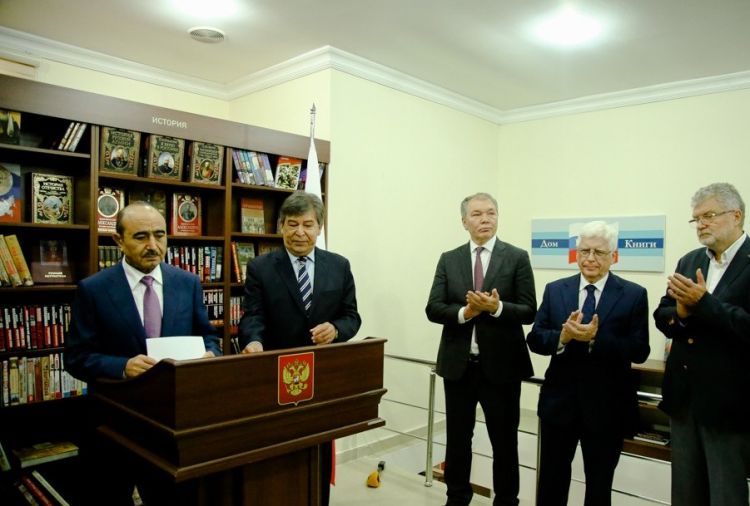 “After Azerbaijan gained independence, the Russian language did not lose its position as an international language in the country and is still in demand,” Assistant to the President for Public and Political Issue Ali Hasanov said.

Report News Agency informs that he spoke at the event dedicated to the 10th anniversary of the Russian Book House in Baku.

According to him, today Azerbaijan and Russia seek to strengthen their ties, including in the cultural sphere.

He noted that the foundation of the strategic partnership between Baku and Moscow was laid by the national leader Heydar Aliyev and is now successfully continued by the presidents of Azerbaijan and Russia Ilham Aliyev and Vladimir Putin.

"Today, relations between our countries are on the rise," Hasanov said.

He added that the development and strengthening of comprehensive cooperation meeting the mutual interests of the two countries and peoples, is in full swing.

“After Azerbaijan gained independence, the Russian language did not lose its position as an international language in the country and is still in demand which is clearly evidenced by the fact that education is conducted in Russian in more than 300 secondary schools. In recent years, the demand for Russian-speaking classes has been growing. Almost all state institutions and some private universities carry out educational activities in parallel -in Azerbaijani and in Russian," Hasanov said.

According to him, the majority of the population of Azerbaijan speaks Russian, and the younger generation shows a genuine interest in learning it.

According to him, there are streets named after Pushkin, Lermontov, Tolstoy on the map of Baku, and the museums carefully preserve the memory of Russian poets on the Azerbaijani land.

Hasanov emphasized that today there are theatres in Azerbaijan, that function in Russian, as well as various universities, such as Baku Slavic University. Periodical publications are issued in Russian, including Russian magazines, textbooks, literature. There are also media outlets and TV channels which broadcast Russian-language programs.

"Azerbaijan today accounts for the biggest number of ethnic Russians in the region who have preserved their native language, culture and national traditions. They are widely represented in the socio-political, scientific, cultural, socio-economic life of the society, actively participate in strengthening our statehood," the Assistant to the President said.