The loss of the four young men is extremely sad and we share grief of their families – British journalist
Read: 1978 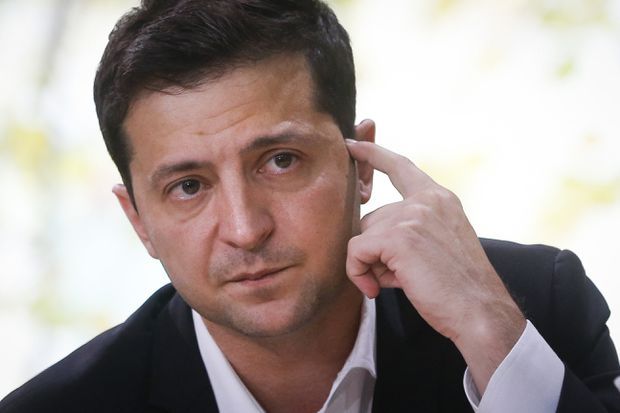 Ukraine’s President Volodymyr Zelensky said on Thursday that U.S. President Donald Trump did not seek to blackmail him during a phone call in July or a meeting in September, The Globe and Mail reports.

Zelensky said he had not known that U.S. military aid to Ukraine had been blocked at the time of the call. Having been made aware of this by his defence minister later, he raised the issue during a separate meeting in September in Poland with Vice President Mike Pence.

The U.S. House of Representatives has launched an impeachment inquiry against Trump, focused on whether he used congressionally approved aid to Ukraine as leverage to pressure Zelensky to investigate former Vice President Joe Biden, one of Trump’s main Democratic rivals as he seeks re-election in 2020.

Trump has made allegations, without evidence, that Biden engaged in improper dealings in Ukraine. Biden’s son Hunter was on the board of Ukrainian gas company Burisma.

Zelensky told reporters that his aim in having a phone call with Trump was to arrange a subsequent meeting and that he had asked the White House to change its rhetoric on Ukraine.

He said Kiev was open to a joint investigation into Biden but added that Ukraine was an independent country with independent law enforcement agencies that he could not influence.

“There was no blackmail. This was not the subject of our conversation,” Zelensky said about his call with Trump, speaking to reporters in a daylong series of televised briefings with the press, held at a Kiev food court.

Zelensky said there were no conditions attached to him meeting Trump, including whether he should investigate the activities of Hunter at Burisma.

The White House published its summary of the call between Zelensky and Trump in September. Asked whether the Ukrainian version matched up to the U.S. one, Zelensky said: “I didn’t even check, but I think that it matches completely.”

Biden for the first time on Wednesday made a direct call for Trump’s impeachment. Trump meanwhile continued to paint the probe as a partisan smear and accused the U.S. intelligence officer who filed the whistleblower complaint that sparked the impeachment row of having political motives.

Zelensky said he had no desire to interfere in the U.S. election.

Zelensky said he had been made aware by his defence minister that Washington had frozen military aid to Ukraine.

He raised the issue at a meeting with Pence in Warsaw when they met at a commemoration to mark the 80th anniversary of the start of the Second World War.

“I told him ... please help to resolve it,” Zelensky recalls asking Pence. “And after our meeting America unblocked the aid.”

Our Morning Update and Evening Update newsletters are written by Globe editors,