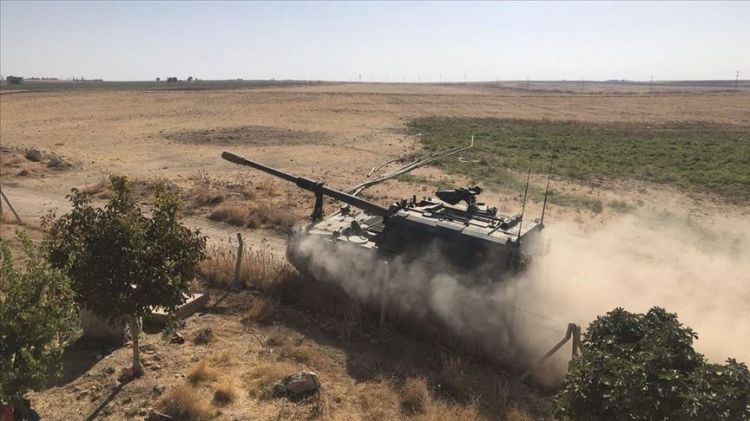 A total of 277 terrorists have been neutralized so far since Turkey launched Operation Peace Spring in northern Syria, the Turkish National Defense Ministry said Friday.

Turkey on Wednesday launched Operation Peace Spring east of the Euphrates River in northern Syria to secure its borders and Syria’s territorial integrity by eliminating terrorist elements and to ensure the safe return of Syrian refugees.

Turkey has a 911-kilometer (566-mile) border with Syria and has long decried the threat from terrorists east of the Euphrates River and the formation of a “terrorist corridor” there.

Turkey plans to resettle 2 million Syrians in a 30-km (19-mile) wide proposed safe zone in Syria stretching from the Euphrates River to the Iraqi border, including Manbij. However, the presence of terror groups such as the PKK, PYD and YPG risk its formation.

Turkey has freed an area of 4,000 square km (1,544 square miles) in Syria from terrorist groups in two separate cross-border operations.