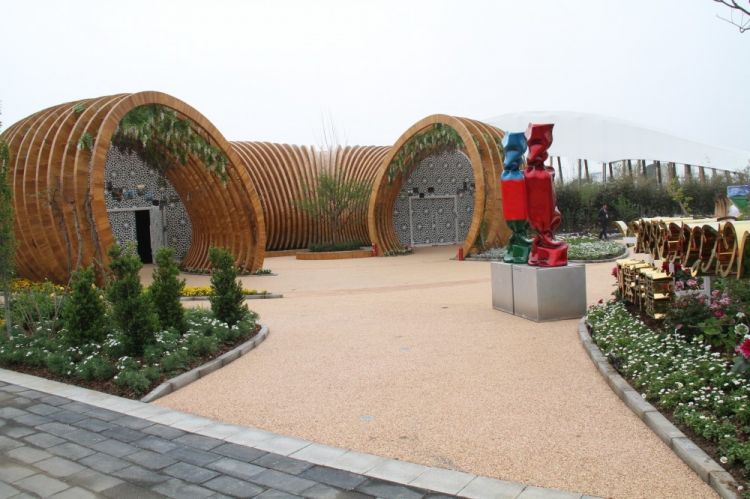 Azerbaijan’s national pavilion has received the Special Award and ranked second at the Beijing Expo 2019 exhibition for its exterior-interior design and composition.

Turkey, the United Arab Emirates, Belgium, Singapore and the Netherlands were also among the countries who had received this award. Booths from Qatar, the UK, Germany and Japan won the first places at the Beijing Expo 2019.

Azerbaijan`s participation was supported by the Heydar Aliyev Center and the Ministry of Ecology and Natural Resources. The national pavilion, called "Azerbaijan: Harmony of Nature and Art", featured a unique interior design demonstrating the customs and traditions of the country. The spiral shape of the pavilion symbolized Azerbaijan’s steady, stable development and dynamics.

Horticultural Expo 2019 Beijing opened to the public on 29 April under the theme “Live Green, Live Better” running until October 7. The Expo featured a wide array of educational and interactive exhibits, and hosted a range of public events, thematic symposia and cultural performances.