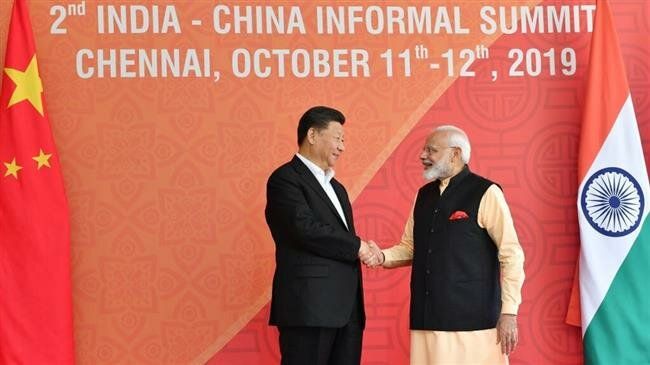 Chinese President Xi Jinping says he had a free and frank discussion with Indian Prime Minister Narendra Modi during their second annual summit aimed at defusing decades of tensions between their countries over border disputes, including an ongoing row over Kashmir.

"Yesterday and today we have engaged in candid discussions and as friends," Xi said on Saturday.

The Chinese president said that he “may follow up on proposals discussed yesterday,” without further elaboration.

Modi also said that he and Xi had agreed to manage their differences prudently and not let them snowball into disputes.

The two held their first summit in the central Chinese city of Wuhan in April last year.

Ties between Beijing and New Delhi have been strained over the disputed Himalayan region of Kashmir, which is divided between India, Pakistan and China. .

China holds a thinly-populated, high-altitude area of Kashmir and has a longstanding dispute over the border there with India.

India, which ruled the populous Kashmir Valley and the Hindu-dominated region around Jammu city, revoked the semi-autonomy of the part of Kashmir back in August.

The move promoted condemnations from both Pakistan and China, with the latter taking the issue to the UN Security Council.

China’s close security ties with Pakistan have also long been a matter of concern in New Delhi.

Xi hosted Pakistan Prime Minister Imran Khan for a two-day visit earlier this week.  Xi told Khan that he was watching the situation in Kashmir closely and that India and Pakistan need to resolve the dispute via peaceful dialogue, the official Xinhua News Agency reported.

The visit — the third since Khan took office August last year — was meant to strengthen “economic and strategic” ties with China, Khan’s office said in a statement.