Macron to meet with Merkel on Sunday ahead of crucial EU Brexit Summit | Eurasia Diary - ednews.net

Russian diplomat warns with return of Cold War by race for military dominance in Europe
Read: 565

III ANIMAFILM ANNOUNCES THE PARTICIPANTS OF THE COMPETITION PROGRAM
Read: 513 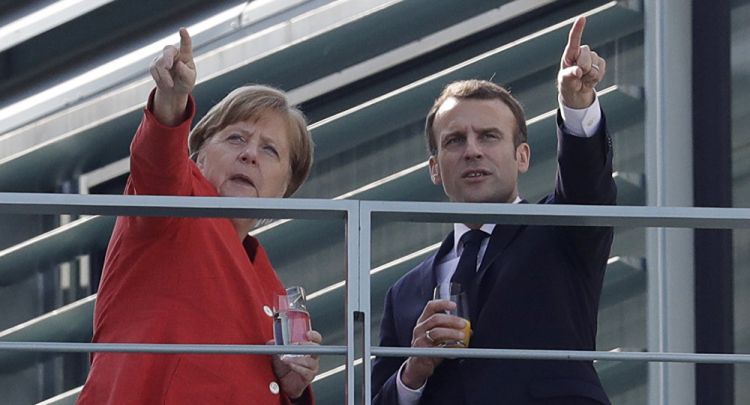 French President Emmanuel Macron will hold a meeting with German Chancellor Angela Merkel in Paris on Sunday, days ahead of important talks among EU leaders on Brexit.

The European Union is likely to discuss Britain's uncertain withdrawal from the bloc on 17-18 October.

The event will be held after the bloc reportedly rejected the UK's last-ditch request for talks earlier in the month. The two sides still remain far from a deal by the 31 October withdrawal deadline.

European Council President Donald Tusk previously said he had received "promising signals" that an agreement with London is still possible, but warned that the UK has yet to come up with a "workable, realistic proposal".

In the meantime, UK Prime Minister Boris Johnson is reportedly expected to come forward with his plan on Saturday 19 October, proposing MPs to choose between a new Brexit deal or another delay of the withdrawal process.

While the PM has vowed Britain will leave the EU on 31 October with or without a deal, UK lawmakers adopted legislation forcing him to request a delay to the Article 50 deadline until January 2020 if an agreement has not been struck before the aforementioned date.