Why Turkey took the fight to Syria - Turkish FM explains 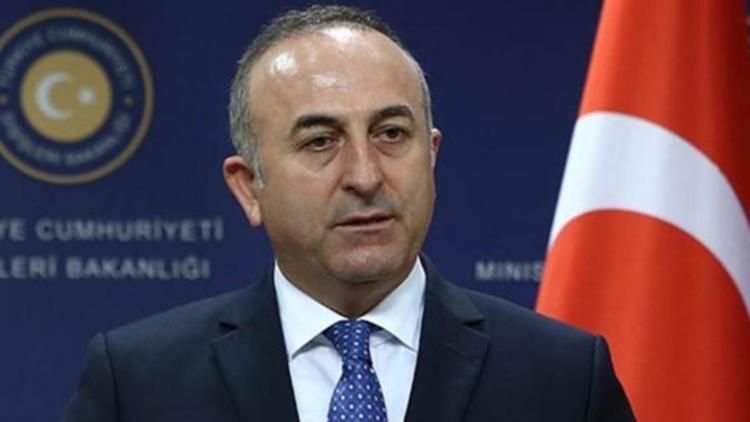 It is dismaying that Turkey’s military operation in northeastern Syria is being spun in the American news media as an attack on Kurds, as weakening the fight against the remnants of Daesh (or the so-called Islamic State) and hurting America’s credibility with its allies. I am compelled to set the record straight because the 67-year-old NATO alliance that Turkey has with the United States is not temporary, tactical nor transactional.

Turkey started the operation to ensure its national security by removing the danger posed by terrorists along its border regions. This operation will liberate Syrians living there from the tyranny of terrorist organizations and eliminate the threat to Syria’s territorial integrity and political unity. These two developments would facilitate the safe and voluntary return of displaced Syrians.

Turkey has never accepted a corridor run by a terrorist group on its border. We have repeatedly proposed establishing a safe zone, including at the United Nations General Assembly. We have called on the United States to stop providing material support to terrorists.

But the American security bureaucracy couldn’t bring itself to disengage from the group, known for short as the P.Y.D./Y.P.G. This is even though American officials, including a secretary of defense, have admitted that the P.Y.D./Y.P.G., which forms the core of Syrian Democratic Forces, is inseparable from the Kurdistan Workers’ Party, or the P.K.K., in Turkey, which is recognized as a terrorist organization by the United States, the European Union and NATO.

Our American interlocutors seemed to agree that those forces needed to be removed from along our borders and we had even agreed on a timeline. Most recently, military-to-military talks in August ended with a mutual commitment to establish a safe zone from which the P.Y.D./Y.P.G. was supposed to be removed. But the United States did not see this through and gave us the strong impression that it was playing for time as the terrorist group entrenched itself even deeper in Syria.

The P.Y.D./Y.P.G. may present itself to the world as the group that fought Daesh, but it also smuggles explosives to the P.K.K. by digging tunnels into Turkish soil. We have found its members ushering Daesh prisoners toward Turkey. And in November 2017, the BBC reported on a secret deal under which the Syrian Democratic Forces arranged transport and allowed hundreds of Daesh terrorists to escape during the coalition operation to liberate the city of Raqqa.

We had to act. Several voices expressed concerns about the safety of the Kurdish population in Syria. I want to repeat and emphasize that Turkey’s fight is not against the Kurds. Our fight is against the terrorists. Any description of the situation as “Turks against Kurds” is malicious and false. Kurds are not our enemies.

Our target is the complex of terror run together by the Kurdistan Workers’ Party and the P.Y.D./Y.P.G., which have recruited child soldiers, intimidated dissidents, altered the demography and forced conscription in areas under their control.

The Kurds, Arabs, Christians and others who have been suffering under the P.Y.D./Y.P.G. yoke will be better off when freed. The World Council of Aramaean Christians have been asserting this point insistently.

Before proceeding with this operation, we have taken all steps to minimize risk to civilians and prevent a humanitarian crisis. Over the past several years, Turkey has provided shelter to large numbers of refugees from northeastern Syria, including Arabs, Kurds and Turkmens.

Most of them, including over 300,000 Kurds, were driven from their homes by the terrorists. We have extended to them safety, shelter and livelihood in Turkey. We have shared our bread and the benefits of our public services. Turkey is the biggest humanitarian spender in the world and host to most refugees worldwide.

Turkey has established a reliable pattern in the last three years. Turkey’s operations in northwestern Syria — in 2016-7 in and around Jarabulus and 2018 in Afrin — cleared a vast area of the terrorist presence. In the aftermath of those operations the communities that suffered under the terrorists started living in peace and benefiting from orderly governance. Some 365,000 refugees returned to their home in northwestern Syria.

We have instituted public services, including schools for over 230,000 students. Six hospitals with 55 ambulances employ over 2,000 Syrian and Turkish personnel in liberated areas in northwestern Syria. Scores of recreational and sports facilities were built, including a soccer stadium. Businesses were rehabilitated and a border gate was opened to facilitate trade. Agriculture and animal husbandry started receiving material support.

Compare Turkey’s previous operations to the destruction of Raqqa by the coalition and you will see how carefully we manage counterterrorism operations. The lessons learned in those operations will help us make it even better this time around.

The P.K.K. and the P.Y.D./Y.P.G. have been blackmailing the global community by claiming that the fight against Daesh would falter without them. But the fight against those brutal terrorists will not falter, especially if our allies stay the course and cooperate with Turkey. We are the only nation that put boots on the ground against Daesh.

The fight against Daesh and other terrorist organizations will have to continue with everyone’s contributions and cooperation. Several European countries have been reluctant to allow the return of their citizens who joined the group. However, wishing away the problem cannot be the policy. They must shoulder their share of the burden.

We in Turkey are convinced that we are paving the way for the Syrian refugees to return home and ensuring that Daesh and other terrorist groups will not re-emerge.

I am aware that safe and voluntary return home of the Syrian refugees needs to be carefully planned and managed. This has to proceed in accordance with international law and in cooperation with the relevant United Nations agencies. Syria is home to several ethnicities and viable and representative local councils need to be established until a political solution is found to the Syrian conflict.

After our last counterterrorism operation, in areas where the Kurds were in majority, Turkey facilitated the creation of local governing councils with a Kurdish majority to reflect the population.

The Syrians want to go home now. They have suffered more than enough. We are taking the initiative to help create the peaceful conditions that are necessary for the homecoming of millions of refugees. Contrary to the prevailing misapprehensions, our operation will help address the humanitarian dimension of the problem, contribute to the preservation of the unity of the country and add to the political process.

The article was originally published in New York Times