Peace, prosperity and stability in Azerbaijan is significant for the true realization of international projects and UN 2030 Agenda - Qaiser Nawab
Read: 999 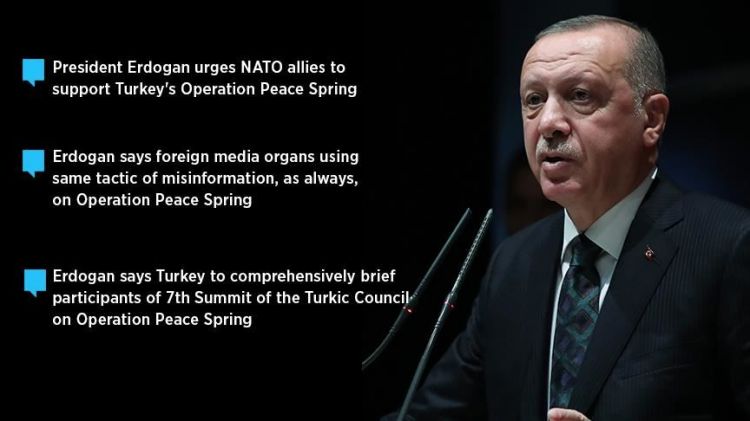 "They are always using the same tactic," Recep Tayyip Erdogan told reporters. "We'll strive to tell the truth," he added.

Erdogan was speaking at the Ataturk Airport in Istanbul before departing for Baku to attend the seventh Summit of the Turkic Council.

He said Turkey would comprehensively brief participants of the summit on the operation.

In its more than 30-year terror campaign against Turkey, the PKK -- listed as a terrorist organization by Turkey, the U.S., and the European Union -- has been responsible for deaths of 40,000 people, including women, children and infants.