III ANIMAFILM ANNOUNCES THE PARTICIPANTS OF THE COMPETITION PROGRAM
Read: 348 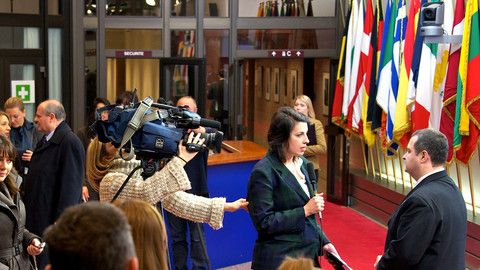 France wants to pause EU enlargement pending major reforms, in what some fear could "destabilise" the Western Balkans.
"We would like to see the [European] Commission put on the table a new methodology for accession negotiations that makes them less technocratic, more political, and reversible," a French diplomat told EUobserver.
The current method, which sees the EU open "chapters" in negotiations without being able to close them again if candidate states backslide, "does not obtain the profound changes that are needed from these countries," the diplomat noted.
Europe also ought to "improve the capacity of the EU to absorb new members" before moving ahead, the diplomat said, in a more nebulous condition.
France spoke out on Monday (14 October), ahead of a meeting of EU affairs ministers in Luxembourg on Tuesday.
The Finnish EU presidency had drafted conclusions that would give the green light to start accession talks with North Macedonia and Albania.
But "it's not possible to open negations at this stage" because both of them needed to make "extra efforts" on issues such as rule of law and corruption, the French diplomat said.
And the EU might be ready to do it only "some time next year" if things went well, the diplomat added.
The French position goes against Germany and Italy, as well as the Czech Republic, Hungary, Poland, and Slovakia, who want to open talks with both North Macedonia and Albania right away.
It also goes against Denmark, the Netherlands, and Spain, who want to open talks with North Macedonia, but not with Albania, likewise citing need for further reform.
And the differences were likely to see "lively" talks when ministers met on Tuesday, a second EU diplomat noted.
"A very broad majority in the EU is in favour of opening accession negotiations with both North Macedonia and Albania", a third EU diplomat said.
"Whoever blocks the EU accession process now bears the responsibility for the possible destabilisation of our neighbourhood," the diplomat added.