Erdogan bins Trump's 'Don't be a tough guy. Don't be a fool' letter 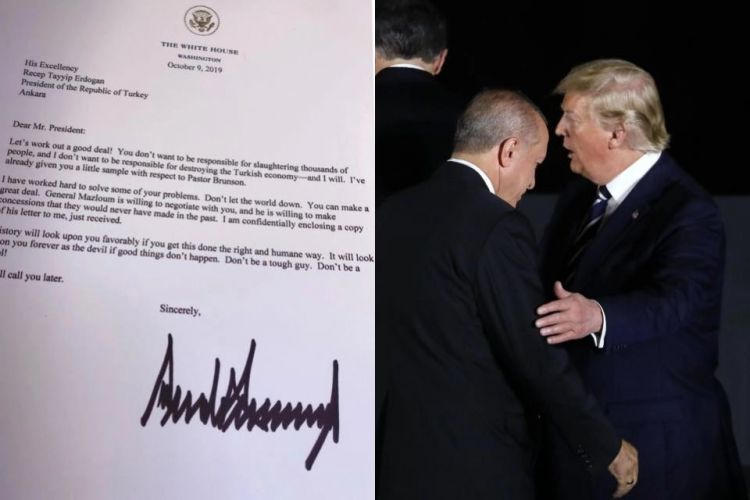 In the letter dated 9 October, and sent after US troops were pulled out of Syria, Mr Trump told Mr Erdogan: "Don't be a tough guy. Don't be a fool!"

On the day the letter was received, Turkey launched a cross-border offensive against Kurdish-led forces. In response, Turkish presidential sources said: "President Erdogan received the letter, thoroughly rejected it and put it in the bin."