2750 tonnes of ammonium nitrate stored at Beirut warehouse at centre of explosion
Read: 717

Azerbaijani MoD - Armenians created a fake Twitter account using the name of the Ministry of Defense of Azerbaijan
Read: 574

Kashmir Bleeds - Conflict can trigger another war between India and Pakistan
Read: 572 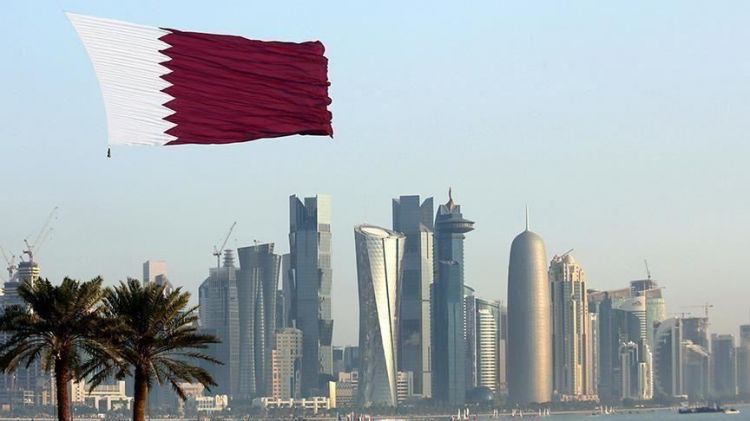 Qatar's former Prime Minister Sheikh Hamad bin Jassim Al Thani has suggested that the Turkey-U.S. agreement regarding safe zone in northern Syria "embarrasses" the Arab League.
Following meetings between Turkish President Recep Tayyip Erdogan and U.S. Vice President Mike Pence and their delegations in Ankara late Thursday, the two sides reached a 13-article agreement on northeast Syria.
"The agreement between Turkey and the U.S. on the Syrian border strip with Turkey proves the dearth of the Arab League estimation which no longer gains credibility neither from the Arabs nor from the whole world," Al-Thani said on Twitter.
The Arab League was unable to solve its own Arab cases, he added.
In an emergency meeting held on the level of foreign ministers on Saturday, the Arab League condemned Turkey’s Operation Peace Spring in northern Syria.
"Not to mention the injustice and lack of credibility [of the Arab League] to be an arbiter in any Arab disputes because of its unrealistic policies," Al Thani added.
Turkey and the U.S. agreed that the conditions, particularly in the northeast Syria, necessitate closer coordination on the basis of common interests.
Turkish Foreign Minister Mevlut Cavusoglu said Turkey will pause the operation for the YPG/PKK’s withdrawal within five days while stressing that this is not a ceasefire, as this can only happen between two legitimate sides.
Turkey launched Operation Peace Spring in northern Syria on Oct. 9 in order to secure Turkey’s borders, aid the safe return of Syrian refugees and ensure Syria’s territorial integrity.
Ankara wants to clear the region east of the Euphrates River of the terrorist PKK and its Syrian offshoot, the YPG.
In its more than 30-year terror campaign against Turkey, the PKK -- listed as a terrorist organization by Turkey, the U.S., and the European Union -- has been responsible for deaths of 40,000 people, including women, children and infants.