Over 160 tanks and armored vehicles arrive for Russian Army and Airborne Force
Read: 803

Russia welcomes US plans to reduce troop size in Afghanistan to 4,000
Read: 540 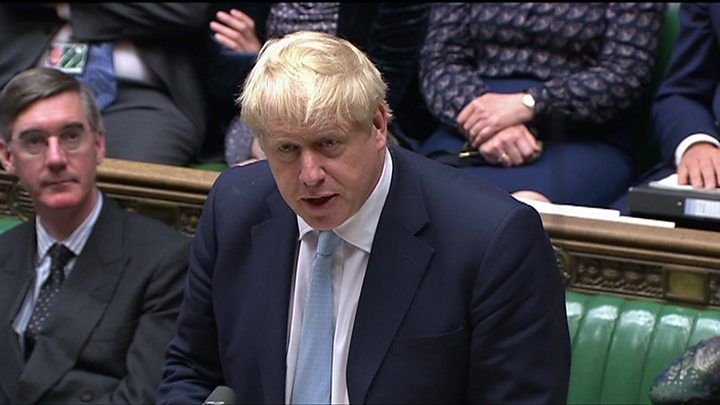 The UK parliament has refused to approve Boris Johnson’s Brexit deal, which means he must ask the EU for an extension to the October 31 Brexit deadline of up to three months.
But the House of Commons still held out the hope of approving the deal in coming weeks for an October 31 Brexit.
Its refusal to pass the deal on Saturday was a political tactic designed to prevent an accidental - or deliberate - last-minute no-deal Brexit.
According to the vote, parliament would not approve the deal “unless and until” all legislation to put it into effect had been passed.
“I am not daunted or dismayed by this particular result,” Johnson said after his 322 to 306 defeat.
“The best thing for the UK and for the whole of Europe is for us to leave with this new deal on October 31.”
He said he would not “negotiate” a delay with the EU.
“Further delay will be bad for this country… and bad for democracy,” he said.
However as parliament has not approved Johnson’s Brexit deal the law requires him to request an extension of Brexit until January 31 2020 (or before then if a deal passes Parliament), in a letter he had to send by midnight on Saturday, British time.
EU leaders will be put in the awkward position of having to approve an extension that the UK has asked for, but whose government has said it doesn’t want.
Johnson said the government would introduce legislation next week to enact the terms of its Brexit deal. However it is unclear if it will have enough time to pass the large and complex laws in time for October 31.
The government’s parliamentary leader Jacob Rees-Moog also said it would try for another vote on the deal on Monday, though there was debate over whether parliamentary procedure would allow it.
“I hope that [MPs] will change their minds and support this deal in overwhelming numbers,” Johnson said.
The vote was greeted by roars of approval from an anti-Brexit march of hundreds of thousands of people outside Westminster.
All 10 of the Northern Irish unionist DUP MPs voted against Johnson, with leader Nigel Dodds saying they could not vote for a deal that “drives a coach and horses through the Belfast [Good Friday] Agreement”.
The DUP had voted for Theresa May’s deal, but cannot accept Johnson’s deal which solves the Irish land border problem by adding new customs border on the Irish Sea and leaving Northern Ireland following EU Customs Union and Single Market rules, indefinitely.
They were joined by opposition parties, with only six Labour MPs siding with the government, despite rumours that more had been expected to defect. Harline Brexiters who had opposed May's deal voted with the government.
Earlier, Johnson had told the Commons to approve “a deal that can heal the rift in British politics, unite the warring instincts in us all”.
He insisted his deal preserved the “letter and spirit” of the Good Friday Agreement.
But Opposition leader Jeremy Corbyn said Johnson’s deal was even worse than May’s, as it was designed to “fire the starting pistol in a race to the bottom on regulations and standards”.
The DUP’s Nigel Dodds said any deal “must be Brexit for the whole of the UK”, but Johnson’s deal left Northern Ireland applying de facto the EU’s customs code, paying the EU’s consumption tax and within parts of the EU Single Market.
He pointed out that Johnson had once said “no British prime minister could agree to such terms”.
“We must leave as one nation, together,” he said.
Johnson said it was “simply wrong” to describe his deal as putting a border down the Irish Sea, though there would be “some customs checks”.
Opposition MPs also complained the government had supplied no official economic assessment of the impact of the deal. Independent estimates have said it would strip up to 7% from the country’s economic growth.
The governor of the Bank of England Mark Carney said the deal would be a “net economic positive” because it ended uncertainty and took away the risk of a no-deal Brexit, however he said it might not boost the economy to the same extent as Theresa May’s version of the deal.
May said she would vote for the deal.