Russian scientists have found a major weakness of the coronavirus
Read: 745

The first stage of tactical exercises continues with the participation of units of the Land Forces - VIDEO
Read: 649

Trump evacuated while in press briefing after shooting near the White House
Read: 549

Turkey and U.S. made deal on Oct. 17 according to which YPG/PKK terror group has to withdraw from northern Syria 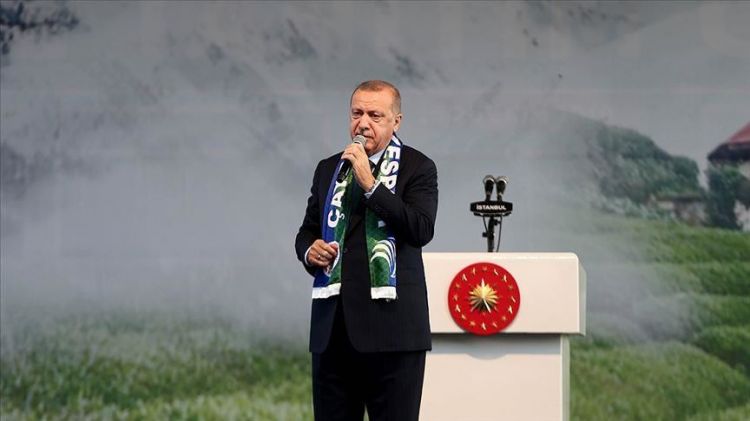 Speaking at an anti-smoking program held in Istanbul, Recep Tayyip Erdogan said: “We expect our American allies to keep their promises this time.”

President Erdogan added that a total of 765 YPG/PKK terrorists, including seniors, were neutralized as part of the country’s counter-terrorism campaign in northern Syria, adding 1,500 square-kilometers of the territory was rescued from the terror group.

Erdogan went onto say that Turkey made the agreement with the U.S., not YPG/PKK terrorists, and some parties sought to distort this fact.

Stressing that Turkey would enjoy YPG/PKK’s withdrawal from the safe-zone territory, Erdogan said Ankara would take the safe-zone area under protection, adding: “We studied well, all projects are ready.”