'Europe should be grateful to Turkish military' | Eurasia Diary - ednews.net

'Europe should be grateful to Turkish military'

120 hours granted for withdrawal of YPG/PKK terrorists from region, agreed with US, will not be extended, says Ibrahim Kalin 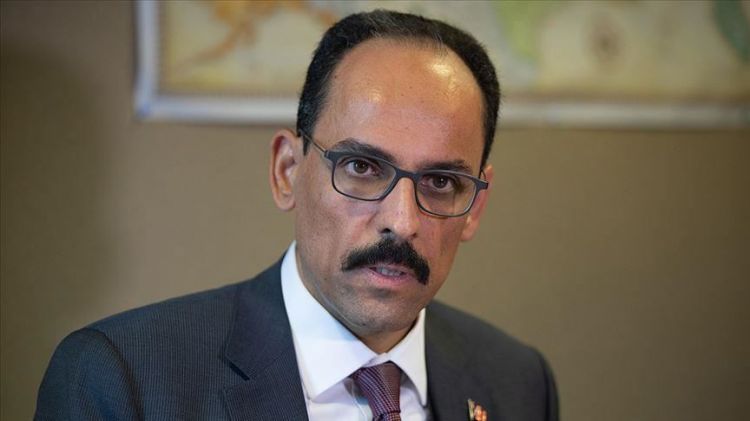 European countries should be grateful for the Turkish army carrying out its “dangerous but important” anti-terror operation in northeastern Syria, the country's presidential spokesman said on Monday, Anadolu Agency reports.

Ibrahim Kalin told German public broadcaster DW that the presence of Turkey's soldiers is a guarantee for moving the political process forward in the country as well as for protecting Syrian refugees.

"Our European friends should be thankful to our soldiers for this very dangerous but important work," he added.

He stressed that the 120-hour pause granted last Thursday for the withdrawal of YPG/PKK terrorists from the region, agreed with the U.S., will not be extended.

"If this part [withdrawal] of the mission is completed by tomorrow and we make sure that all YPG terrorists left the area, then we will halt the operation … as agreed in the joint declaration and agreement that we have had with the Americans.”