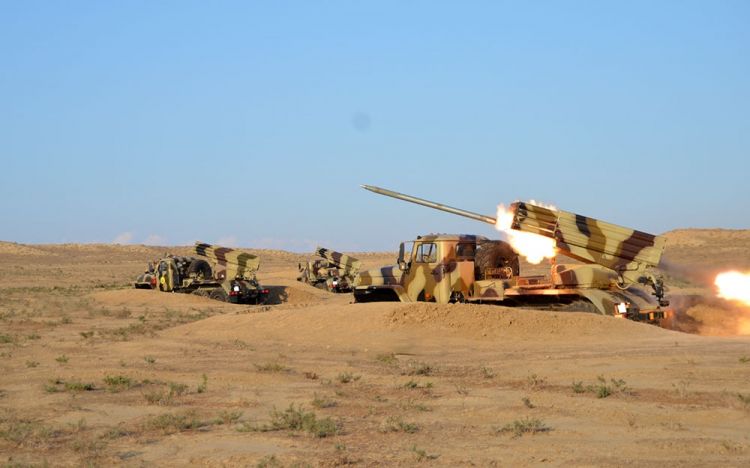 According to the combat training plan for 2019 approved by the Minister of Defense, live-fire tactical exercises were conducted in conditions close to combat with mortar artillery, rocket and anti-tank batteries in training centers and at firing ranges, Eurasia Diary reports citing press service of Ministry of Defence of Azerbaijan.

During the exercises, combat coordination measures have been taken to improve the interoperability of reconnaissance units, UAVs and other units.

The units have completed the tasks by hitting targets in the depths of the defense of the imaginary enemy.