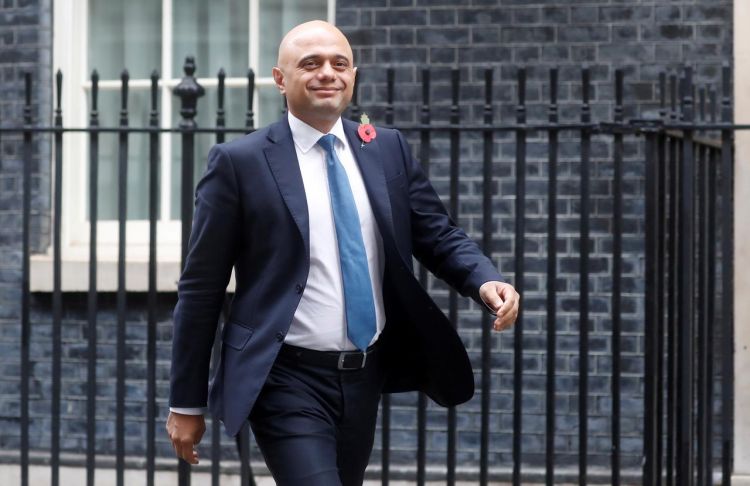 Britain’s main opposition Labour Party will spend £400 billion (US$514 billion) over 10 years to achieve “an irreversible shift in the balance of power and wealth” to working people if it wins power in next month’s election, John McDonnell will say.
The beefed-up plan from the left-leaning party’s would-be finance minister includes a new 150 billion pounds of spending he says is needed to invest in schools, homes and hospitals.
The plan was condemned as “fantasy economics” by finance minister Sajid Javid as the fight over the future of the world’s fifth largest economy dominated the second day of official campaigning for an unpredictable Dec. 12 general election.
Both Javid, from the ruling Conservatives, and McDonnell will travel to the north of England to make their pitches, eyeing seats where many voters feel they have been squeezed by investment cuts and decades of deindustrialisation.
McDonnell, who proudly opposes the current model of capitalism and promises to shake up the financial sector if he takes control at the Treasury, will pledge an additional 150 billion pounds of spending.
“Spent over the first five years of our Labour government, the Social Transformation Fund will begin the urgent task of repairing our social fabric that the Tories (Conservatives) have torn apart,” he will say, according to a statement from his office.
The 150 billion is in addition to 250 billion pounds already pledged over the next 10 years, financed by issuing long-term bonds and invested in capital projects to stimulate growth and make the economy more environmentally friendly.
“Our aim as a Labour government is to achieve what past Labour governments have aspired to,” he will say. “An irreversible shift in the balance of power and wealth in favour of working people. That means change means investment on a scale never seen before in this country.
Prime Minister Boris Johnson called the election in a bid to break the Brexit deadlock that he says has paralysed Britain for more than three years.
Turning back the clock?
Javid’s pitch to voters is a familiar one. The Conservatives have fought and won previous elections by trading heavily on a reputation for economic competence and casting Labour as spendthrift socialists.
“We can’t let Labour turn back the clock, let spending get out of control and make hardworking families pay the price ... Look to the lessons of history – they’ll ruin our finances, raise your taxes and saddle the next generation with debt,” he will say according to advance extracts.
Javid has a picture of free-market icon and former prime minister Margaret Thatcher on his office wall. McDonnell once brandished a copy of Chinese Communist leader Mao Zedong’s ‘Little Red book’ in parliament and suggested the government heed its advice.
However, the Resolution Foundation, a non-partisan think-tank, said in a report on Monday that Britain appeared heading back to 1970s levels of state spending whichever party wins the election, noting that the Conservatives too have promised big funding increases for public services.
Nine years of public spending cuts to reduce an oversized budget deficit have taken their toll on voters, with many public services financially stretched and polls suggesting little appetite for more austerity.
With that in mind, both parties are promising to end the era of cuts and undertake huge infrastructure investment programmes if they win power on Dec. 12.
But the Resolution Foundation report said that even if Labour won power and spent the sums it has pledged, public spending in Britain would still be smaller as a proportion of national output than that seen in France and Germany.
At the start of the election campaign, the Conservatives enjoy a lead over Labour of between 7 and 17 percentage points, though pollsters warn that voters are volatile and their models are wilting beside the Brexit furnace. [Reuters]