Peace, prosperity and stability in Azerbaijan is significant for the true realization of international projects and UN 2030 Agenda - Qaiser Nawab
Read: 862

Kissinger thinks that US-Russian relations need to be improved

Russian Ambassador to the United States Anatoly Antonov met with former US Secretary of State Henry Kissinger on Thursday. 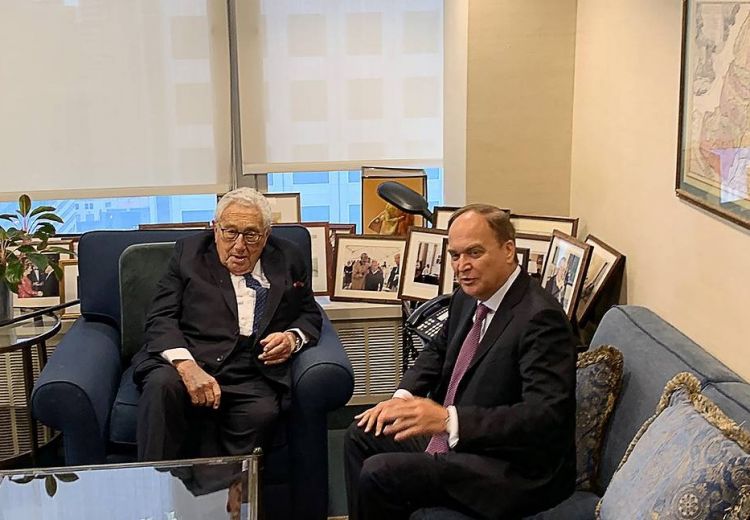 "Kissinger is confident that time will come when it will become very clear that it is necessary to improve relations," Antonov told reporters after the meeting. "We discussed many issues on the bilateral agenda, as well as matters of strategic stability. Mr. Kissinger spoke in support of strengthening strategic stability between the Russian Federation and the United States," he added.

"The meeting with Dr. Kissinger was very successful, and it was very comprehensive, as usual," the ambassador noted. "He is the man who has a lot of experience in developing Soviet-US relations, the man who contributed so much to preventing a war between our two countries. Of course, he provided his assessment of the current situation, and the main thing is that the current situation, current relations are not in the interests of the US or Russian people," Antonov stressed. "Our relations should not remain in this unsatisfactory condition, and they will not stay like this for long," he concluded.