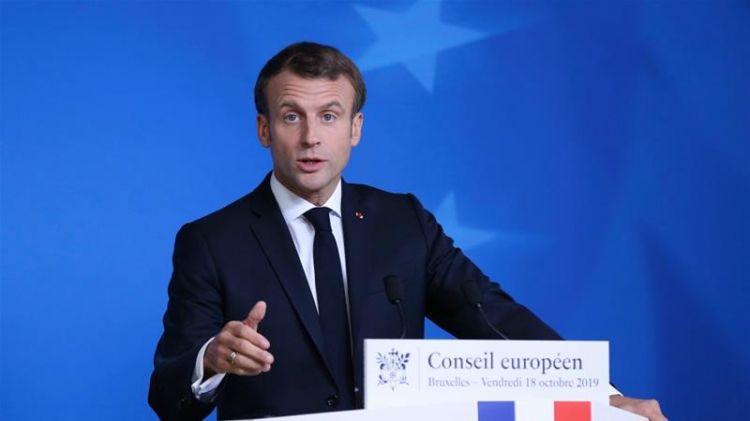 French President Emmanuel Macron has described Bosnia and Herzegovina as a "ticking time-bomb" and the greatest concern for Europe in the Balkans due to what he said was its "problem of returning jihadists", Eurasia Diary reports citing Aljazeera.

Bosnia's Croat presidency member Zeljko Komisic said he would summon France's ambassador to Sarajevo for an explanation of the comments Macron made in an interview with The Economist magazine published on Thursday.

Asked about his successful bid in October to block Albania and North Macedonia from starting European Union membership talks, Macron said neither of the two nations was the primary source of concern in the Balkans.

"If you're concerned about this region, the first question is neither Macedonia, nor Albania, it's Bosnia-Herzegovina. The time-bomb that's ticking right next to (the EU member) Croatia, and which faces the problem of returning jihadists," Macron said, referring to escaped or released fighters from the Islamic State of Iraq and the Levant (ISIL or ISIS) who could return to Europe.

The French Foreign Ministry had no immediate response to reaction in Bosnia.

"Some 300 Bosnian citizens, most of them women and children, went to the battlefields in Syria and Iraq compared to over 1,900 French," Jusic said, adding that France has double the number of foreign fighters than any other western European country.

"These days, France awaits the return of 450 jihadists. ... I don't see how this is a bigger problem in Bosnia than in France," he added.

The Associated Press wrote in 2015 that out of a continental total of 5,000 fighters that have gone to Iraq and Syria, "France has the uncomfortable distinction of being Europe's leading exporter of jihadis."

According to Bosnian intelligence, 241 adults and 80 children left Bosnia or the Bosnian diaspora in 2012-2016 for Syria and Iraq, where 150 more children were born.

About 100 adults, around a half of them women, remain there, while at least 88 have been killed or died.

In 2014, Bosnia became the first country in Europe to introduce prison terms of up to 10 years for its citizens who fight in conflict abroad or recruit others. Fighters who have since returned to the country were tried and, in most cases, sentenced to prison.