Leaders of religious confessions in Azerbaijan issued a joint statement on the destruction of our religious monuments in Karabakh.
Read: 376

The US secretary of state slammed authoritarianism in Russia and China during his visit to Berlin. Before talks with Chancellor Merkel, he said the US was wrong to assume people were now free after the fall of the Wall. 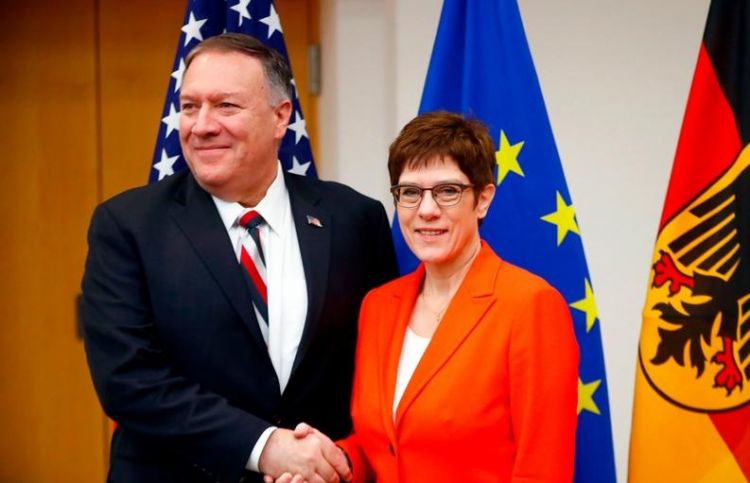 US Secretary of State Mike Pompeo is in the German capital, Berlin, on Friday for talks that will take place against the background of commemorations for the 30th anniversary of the fall of the Berlin Wall, Eurasia Diary reports citing Deutsche Welle.

Pompeo has discussed security issues and trans-Atlantic relations with German Defense Minister Annegret Kramp-Karrenbauer. Their meeting comes a day after Kramp-Karrenbauer called for Germany to play a much more active military role in the world.

Since World War II, Germany has previously pursued, and been held to, a policy of military restraint in reaction to the aggressive expansionism of the Nazi era.

Kramp-Karrenbauer has been supportive of US demands for Germany to increase military spending, with US President Donald Trump frequently chastizing Berlin for not doing enough as a NATO member.