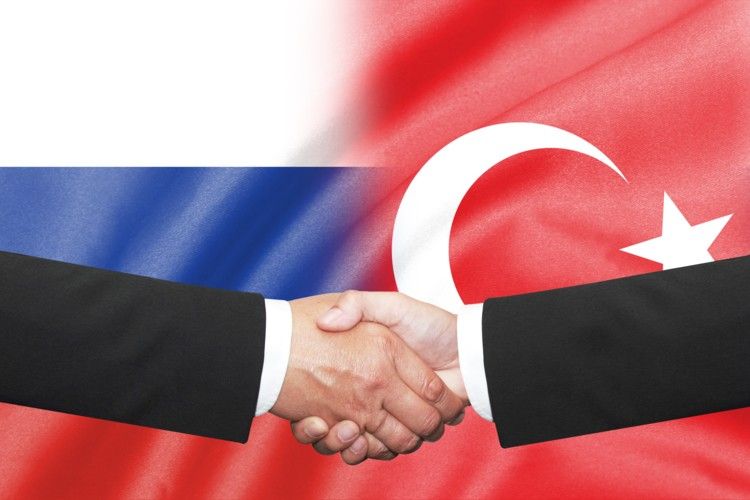 Turkey's exports to Russia increased significantly on an annual basis in the first ten months of the year, thanks to successful diplomatic ties between the two countries, particularly on the Syrian conflict.
Turkish exports to Russia surged 10.6% year-on-year to $3.1 billion in January-October, according to the Turkish Exporters' Assembly (TIM) compiled by Anadolu Agency.
Ankara and Moscow have jointly carried out large projects such as the sale of the S-400 defense systems, TurkStream natural gas pipeline project and Akkuyu Nuclear Power Plant.
Turkey exported items in 27 sectors in during this period, most prominently in fresh fruits and vegetables with $486.4 million.
The highest increase was seen in the defense and aviation sector which rose three fold to hit $17.7 million.