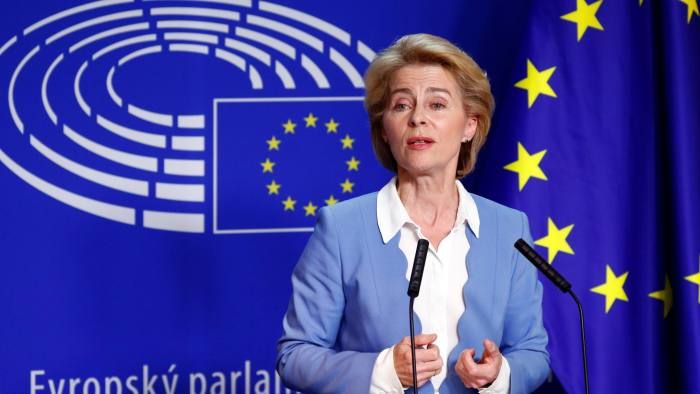 "Europe must also learn the language of power," von der Leyen said during a speech on European policy in Berlin.

"On the one hand, this means building our own muscles [in areas] where we've long been relying on others — for example in security policies," the former German defense minister said. "That also means applying our existing power in a more targeted way in areas where European interests are concerned."

In the future, she added, the EU's partners should expect stronger positions from the bloc as the former strategy of exercising "soft power" is no longer enough in today's world.

Von der Leyen's remarks in the German capital came on the eve of the 30th anniversary of the fall of the Berlin Wall. They also come a day after Germany's current defense minister, Annegret Kramp-Karrenbauer, called for Germany to play a more active military role in the world.