Turkey made safe over 8,100-sq-km-area in N.Syria from which terrorists targeted Turkish territory President Erdogan 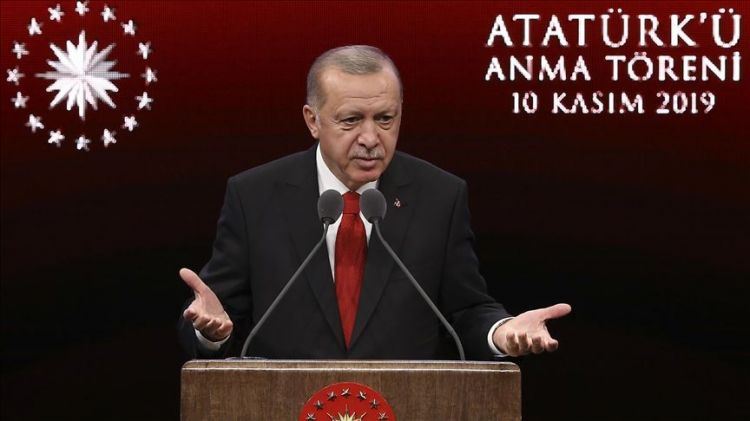 The Syrian refugees returned to the regions that Turkey has made safe through its anti-terror operations, Recep Tayyip Erdogan said, speaking at Bestepe National Congress and Culture Center in the capital Ankara.

Erdogan stressed that Turkey would make the return of more Syrian refugees possible either by organizing an international donors meeting or through some model projects.

Turkey has made an area of over 8,100 square kilometers (around 3,130 square miles) in northern Syria safe for their return, the president added.

In those operations, Turkey neutralized 3,500 Daesh/ISIS terrorists and arrested 5,500.