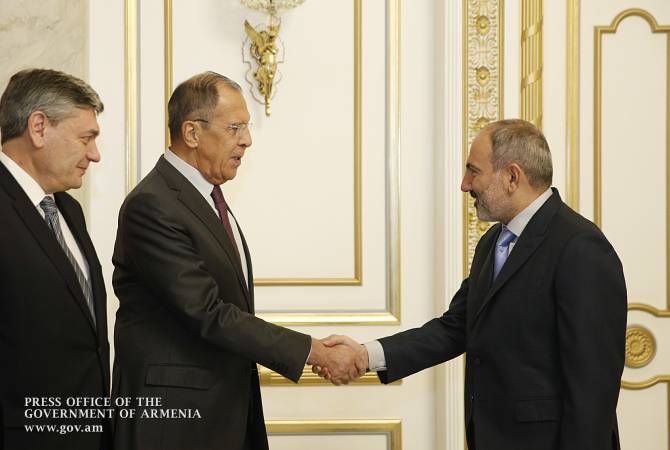 During the official visit the Russian FM and the Armenian PM discussed the bilateral agenda-related issues touching upon the political and economic co-operation.
The sides exchanged views on regional issues, including the settlement process of the Nagorno Karabakh conflict.
Pashinyan highlighted Russia’s key role in maintaining security, stability and peace in the region.
Nikol Pashinyan and Sergey Lavrov emphasized the importance of the peaceful settlement of the NK conflict within the OSCE Minsk Group and the need to implement humanitarian projects for forming an atmosphere of mutual trust between the conflicting sides.