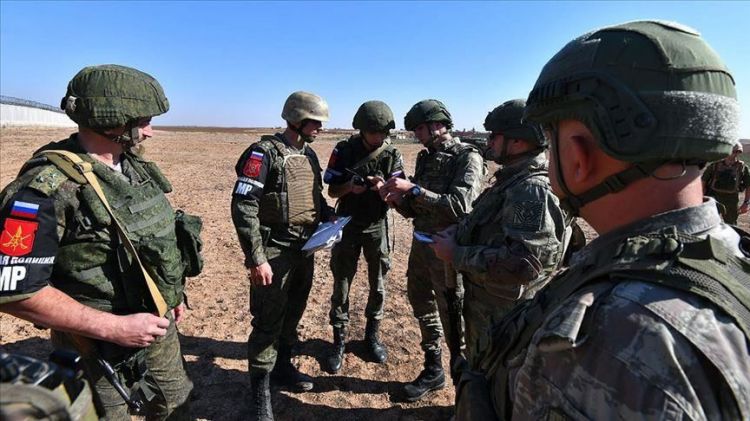 The patrols are being carried out in al-Darbasiyah town, east of the Euphrates River.

"The fourth joint land patrol between Turkish and Russian units has begun in the al-Darbasiyah region east of the Euphrates with UAV [Unmanned Aerial Vehicle] support as part of the agreement made in Sochi in 22 October 2019," the ministry said in a Twitter post.

The third patrols were carried out between the cities of Qamishli and Derik along an 88-kilometer (54.6-mile) route, some 10 km (6.2 mi) from the Turkish border, which marked a first for the Turkish army as it crossed into eastern Qamishli for the very first time, with many reporters watching the developments closely.

Ankara wants YPG/PKK terrorists to withdraw from the region so that a safe zone can be created to pave the way for the safe return of some 2 million refugees.

On Oct. 22, Ankara and Moscow reached a deal under which YPG/PKK terrorists will pull back 30 kilometers (18.6 miles) south of Turkey’s border with Syria, and security forces from Turkey and Russia will mount joint patrols there.

In its more than 30-year terror campaign against Turkey, the PKK -- listed as a terrorist organization by Turkey, the U.S. and the European Union -- has been responsible for the deaths of 40,000 people, including women, children and infants. The YPG is the Syrian offshoot of the PKK.