Russia in talks with Damascus for third base in Syria | Eurasia Diary - ednews.net

Russia in talks with Damascus for third base in Syria 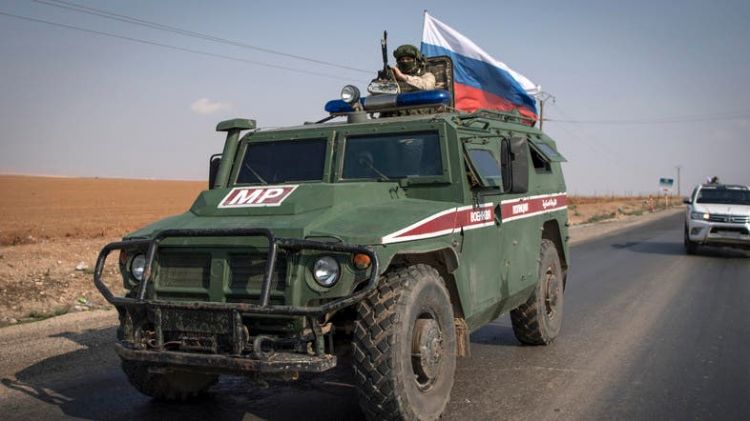 Moscow and Damascus are in talks over leasing Qamishli Airport in northeastern Syria to the Russian military, Eurasia Diary reports citing AlArabia.
The move would establish Russia’s third base in the country and cement the Russian presence in northeastern Syria, where Turkey recently launched a military offensive against Kurdish-led forces.
According to the Gazeta, a Russian daily newspaper, “If Moscow establishes a presence there, it will allow neither the Americans nor the Turks to enter the city.”
Russia currently operates the Hmeimim Air Base southeast of Latakia and a naval port in Tartus, both in the west of Syria. The port in Tartus has been leased to Russia via Stroytransgaz for 49 years, granting Moscow access to a warm water port in the Mediterranean.
The new base in Qamishli further establishes Russia’s increasing “dominance as regional power-broker” at the expense of NATO, according to Jessica Leyland, Senior Intelligence Analyst – Middle East and North Africa at AKE International.
“Russia has 400km range S-400 air defence system positioned at Hmeimim base and 600km range anti-ship missiles in Tartus. Consolidating these positions with further air power in Qamishli would be enough to deter most military aggression,” Leyland told Al Arabiya English.
Russia has been a key ally of Syria’s President Bashar al-Assad throughout the ongoing eight-year war in the country, with close relations between the two countries going back to the era of the Soviet Union.
On Monday, Russian Foreign Minister Sergey Lavrov reiterated Moscow’s line that the Syrian regime should take control over the country’s entire territory as soon as possible. Due to the outbreak of the war in 2011, northeastern Syria had been administered by a Kurdish-led civilian administration and its affiliated Syrian Democratic Forces (SDF), while the northwestern province of Idlib remains in the control of opposition groups.
Russia already has military police in northern Syria cooperating with the Syrian government forces, but leasing Qamishli “amplifies Russia’s current trajectory of crystallizing its own territorial control, on the premise of support for and legitimized by the al-Assad regime,” explained Leyland.
“It re-establishes Bashar al-Assad’s control over Qamishli from which Syrian Kurdish forces have withdrawn [and] fills the security vacuum created, another step to Assad’s ultimate goal to regain the whole of Syrian territory,” she added.
Kurdish-led forces withdrew from portions of northeastern Syria in the wake of the Turkish-led offensive, launched in October, following US President Donald Trump’s decision to withdraw US forces from the region. The US had previously been allied with the Kurdish-led SDF against ISIS.
The Russian presence at Qamishli “cuts off” Kurdish-led forces’ ability to regain territory and puts pressure on US oil interests in northeastern Syria, said Leyland.
“The Qamishli base would also preclude the US from attempting to return troops to the region and tacitly threatens their positions around eastern Syria’s oil wells which al-Assad will look to reclaim,” she added.
Despite promising to withdraw US forces from the region, President Trump has since said that some US troops will remain to “secure the oil.”
Although the Syrian regime is opposed to Turkish control of its territory, the move has also been seen as benefitting Ankara amid cooperation between Turkish and Russian forces.
“Given the proximity of Qamishli to the Turkish border and the cordial Turkish-Russian relationship, this base has to have been established with at least the tacit approval of Ankara,” said Leyland.
On October 22, Turkish President Recep Tayyip Erdogan and Russian President Vladimir Putin reached an agreement in Sochi aimed at ensuring the withdrawal of Kurdish-led forces from northern Syria. Turkish and Russian forces have since carried out joint patrols in the area.