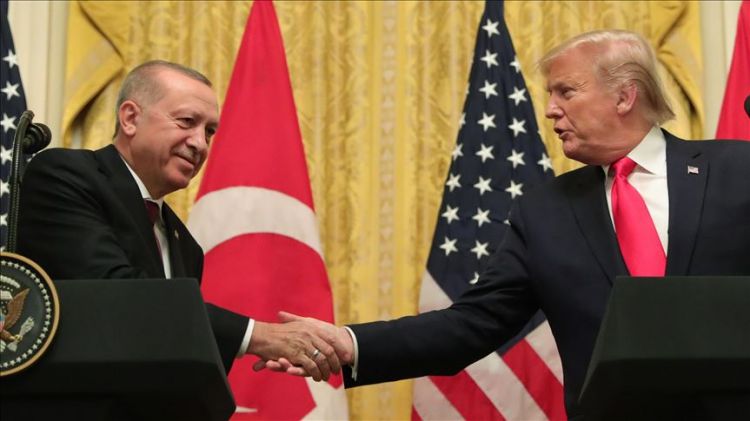 "The U.S.-Turkish alliance can be a powerful force for security and stability, not only in the Middle East, but beyond. I look forward to working with you,” Trump said, referring to Erdogan, Anadolu Agency reports.

"I'm a big fan of the president, to tell you that, and I know that the ceasefire, while complicated is moving forward, and moving forward at a very rapid clip," Mr. Trump said during his joint news conference with Erdogan in the White House's East Room, CBS News reports.