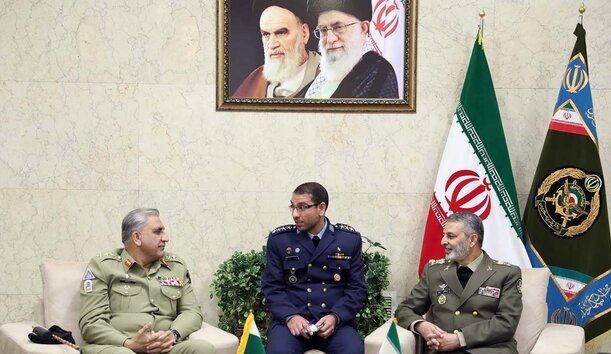 Commanders of Iranian and Pakistani armies held a meeting in Tehran to confer on the latest status of bilateral relations, Eurasia Diary reports citing Mehr News.

Mousavi said that the two countries enjoy many religious commonalities and have had cooperation in different fields from the distant past.

He noted that Iranian and Pakistani armies have numerous cooperation in different areas such as the exchange of students and holding educational programs, hoping that these relations would further enhance in the future.

For his part, the Pakistani commander welcomed bilateral relations with Iran saying that his force is ready to boost cooperation with the Iranian Army in various fields.

The two officials discussed ways to enhance bilateral cooperation in many areas such as border security.