Azerbaijan has right to use its armed forces to take back its legally acknowledged territory - British journalist
Read: 3531 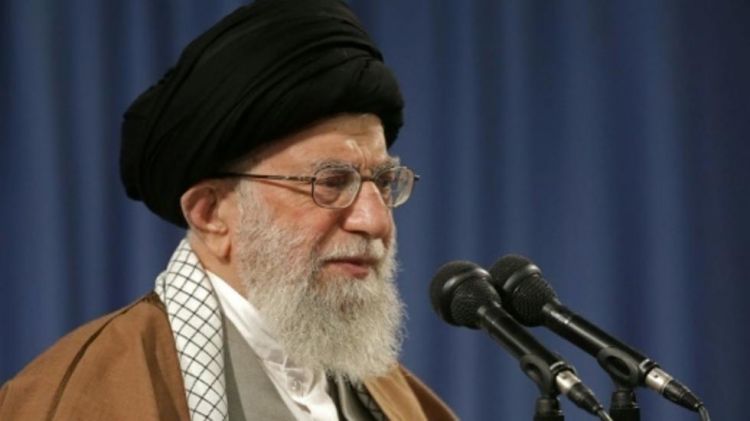 The Supreme Leader of Iran Ayatollah Ali Khamenei has said that the people did not carry out the recent riots in the country, praising the Iranian people and security forces for pushing the enemy back, Eurasia Diary reports citing

Ayatollah Ali Khamenei received a group of economic agents, entrepreneurs, and manufacturers for a meeting on Tuesday evening.

During the meeting, the Leader referred to the recent riots and unrest which followed the government’s decision to increase the price of gasoline, saying “both friends and foes must know that we have pushed the enemy back on military, political and security fronts.”

He said that it was not the people who carried out the riots, describing the recent events in the country as a matter of security.

“We have pushed the enemy back on various fronts, and with Allah’s help we will firmly push the enemy back in the economic war as well,” he went on to say.

The Leader further added Islam believes in generating wealth and raising the level of welfare in the society, adding that the Islamic system's view of wealth is different from that of capitalist and socialist economic systems.

He stressed that boosting domestic production is the way out of economic problems.

Elsewhere in his remarks, Ayatollah Khamenei praised those who circumvent the foreign sanctions while urging the Iranian government to try to grow immune against the sanctions as an alternative way to save the country's economy.

Criticizing officials who seek lifting of the sanctions as a solution, the Leader pointed out that the sanctions are just getting tougher and even when a different president is at the White House, they are not going to be lifted in a year or two.

"Bypassing the sanctions is a tactic while securing the country against them is a strategy."