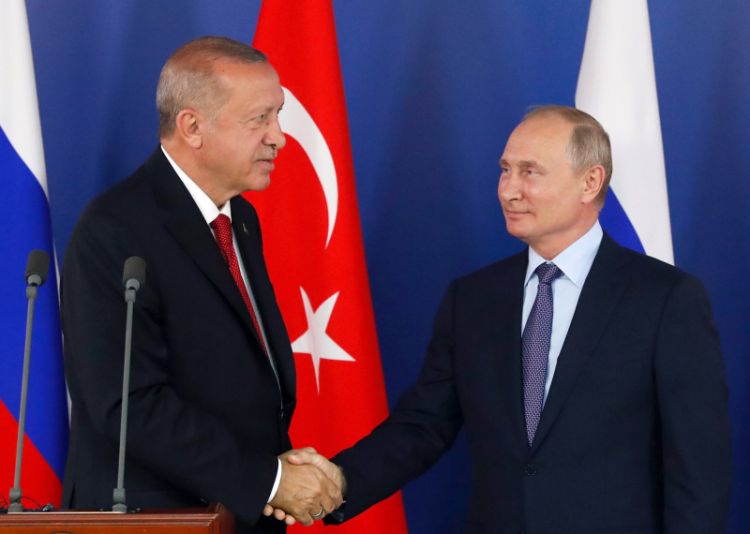 The launch of the Turk Stream pipeline is scheduled for January 8, 2020, said Turkish President Tayyip Erdogan on Saturday at the ceremony of launching the TANAP gas pipeline, through which Azerbaijani gas will be supplied to Turkey and Europe. Eurasia Diary reports on Tass News.

"Of course, we have another very important step that we will take. On January 8 in Istanbul we will launch a gas pipeline called the Turk Stream," Erdogan said.

On November 19, Gazprom said that the construction of the offshore section of the Turk Stream gas pipeline. The Presidents of Russia and Turkey, Vladimir Putin and President Erdogan took part in the completion ceremony in a video conference mode, a TASS correspondent reported. Putin gave the command to complete the construction of the Turkish Stream. After that, CEO of Gazprom, Alexey Miller, ordered the Pioneering Spirit vessel to lower the gas pipeline pipe with a closing joint into the water.

Gazprom began construction of the offshore section of the Turkish Stream gas pipeline in May 2017. The pipeline with a length of 930 km runs along the bottom of the Black Sea to the coast of Turkey. Further, a land section will stretch for 180 km to the border of Turkey with neighboring countries.

Gazprom began construction of the offshore section of the Turkish Stream in May 2017, managed by South Stream Transport B.V. (100% subsidiary of Gazprom). The offshore section of the pipeline runs along the bottom of the Black Sea to the coast of Turkey. Its length is 930 km. The pipeline will be continues by a 180-km land transit line to the border of Turkey with neighboring countries. The first line will be designed for the Turkish market, the second - for gas supply to the countries of South and Southeast Europe. The capacity of each line is 15.75 billion cubic meters of gas per year. The first deliveries are scheduled for the end of 2019. Gazprom announced the completion of deep-sea laying of the offshore section of the first Turkish Stream in April 2018. Turkey is Gazprom’s second largest export market. Currently, Russian energy is supplied to this country through the Blue Stream pipeline and the Trans-Balkan gas pipeline. In 2017, Gazprom exported a record volume of gas to the Turkish market - 29 billion cubic meters, which is 17.3% more than in 2016, and 1.7 billion cubic meters (6.2%) more than in 2014 when the previous maximum was set (27.3 billion cubic meters). At the end of May, Gazprom and the Turkish government signed a protocol on the land section of the Turkish Stream pipeline transit line to supply Russian gas to European consumers. Gazprom and the Turkish company Botas concluded an agreement on the basic conditions and parameters for the construction of the section. Joint venture TurkAkim Gaz Tasima A. S. will carry out construction of the land section.

Earlier, Deputy Chairman of the Board of Directors of Gazprom Alexander Medvedev said that in the near future the company would finally determine the route of the second line of the Turkish Stream for gas supply to countries in Southern and Southeast Europe. According to him, two main options are being discussed in accordance with the procedures in the European Union and the European Commission. Medvedev cited Greece, Italy, Bulgaria, Serbia, and Hungary as potential markets.