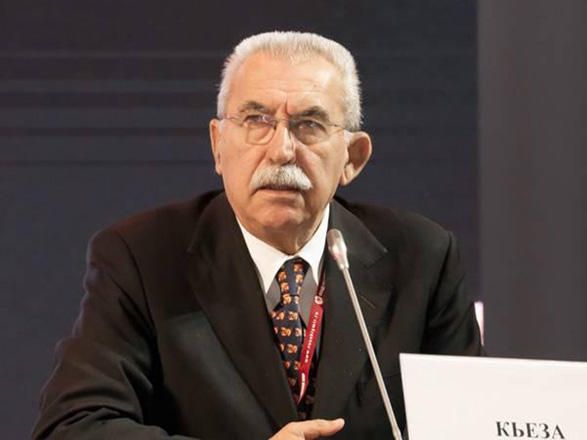 The launch of the Trans-Anatolian Natural Gas Pipeline (TANAP), which is part of the Southern Gas Corridor (SGC) project, is a landmark event that will increase the importance of the participating countries in the region and the world, a famous Italian journalist, writer, prominent politician and public figure Giulietto Chiesa, Eurasia Diary reports on Trend News.

“The SGC concept was put forward by the European Commission back in 2008 and marked the priority of this project for Europe in terms of energy security,” Chiesa said. “In fact, back at that time, the foundation was already laid for the creation of a project of global significance, the implementation of which was rather complicated. The project is of tremendous importance, since it includes new gas supply routes to the markets of South-East and Central Europe, which is also in Italy’s interests. At the same time, the launch of TANAP will strengthen Azerbaijan’s role as a reliable strategic partner in the region and in the world, and will strengthen the security of gas supplies.”

The European journalist noted that the launch of TANAP will serve the further development of economic and political cooperation between Azerbaijan and the EU.

Further, the Italian publicist stated that the cooperation between Azerbaijan and Italy is successfully developing, which is confirmed by the mutual interest of the states to each other.

“The Declaration of Strategic Partnership between Azerbaijan and Italy, signed five years ago, which intensified the cooperation between the two countries, contributed much to this,” Chiesa added. “Italy takes the leading place among Azerbaijan’s trade partners, good relations have been established between our countries in the energy sector, and I think that the opening of the SGC will further strengthen these ties.”

The opening ceremony of the Phase 1 of the Trans-Anatolian Gas Pipeline (TANAP) was held on Nov. 30, 2019.

The Southern Gas Corridor is one of the priority projects for the EU and envisages the transportation of 10 billion cubic meters of Azerbaijani gas from the Caspian region through Georgia and Turkey to Europe.

The gas from the Azerbaijani Shah Deniz field has already gone through the first segment of the Southern Gas Corridor - from the Sangachal terminal to the expanded South Caucasus Pipeline.